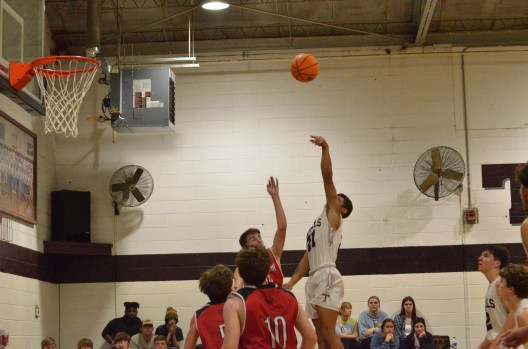 Nathaniel Thomas puts up a shot for the Rebels in the loss to Holy Spirit. (ZACHARY SEIFTER/ ADVERTISER) 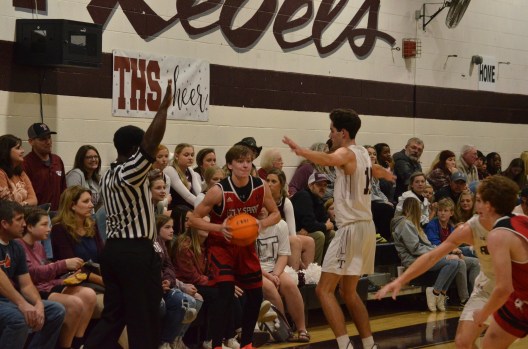 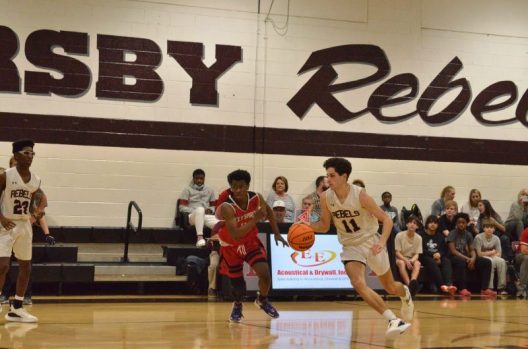 Thorsby High School’s boys basketball team fell at home to Holy Spirit Catholic School on Nov. 16 by a score of 70-40.

The loss came after the Rebels defeated Westminster School at Oak Mountain on Nov. 15.

Thorsby started the game off strong, hitting a couple of early shots to jump out to a 7-2 lead. However, the Rebels lost momentum after that, and Holy Spirit dominated the rest of the game.

The Saints were able to overcome the early deficit with a 6-0 run early in the first quarter, and they kept their foot on the gas, leading 23-11 after the first eight minutes.

Holy Spirit kept it going in the second quarter, capitalizing on Thorsby mistakes to take a 39-18 advantage into halftime.

The Rebels struggled to get things going on offense for much of the first half. Although they improved in the second half, it was too little too late, as the Saints ran away with the game.

“We haven’t worked on our offense enough,” Thorsby head coach Russell Ricks said. “We were out of sorts. We weren’t passing, moving the ball, there was too much one-on-one, and we weren’t making any shots …  We’ve got a long way to go.”

The season is still young, so there is plenty of time for the Rebels to get things fixed. Many of Thorsby’s players are still trying to get adjusted after having played football the last few months, so it may take some time for them to get into a groove.

“I told the team at halftime after we went in the locker room, we were playing awful, I said ‘Look, this game isn’t going to define (our season), we’re going to be a good team,’” Ricks said.

The Rebels will get a chance to get the bad taste of this loss out of their mouths on Nov. 19 when they travel to Elmore County to take on the Panthers. That game will follow the girls game that starts at 5:30 p.m.