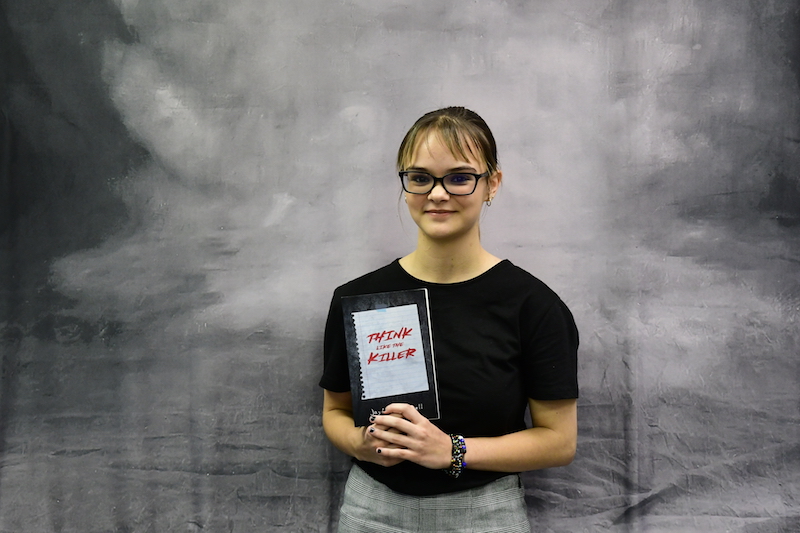 It was a dream she was unsure she could fulfill, yet Jaycie Mandrell found a way to release her first book “Think Like the Killer” while still in high school.

Mandrell, a junior at Isabella High School, said she wrote her first book in third grade as an English project and has enjoyed writing ever since.

The idea for “Think Like the Killer” came to her a few years ago, but she started working on writing it about a year ago.

“I have always wanted to get published,” Mandrell said.

She got a job at Subway in Maplesville to pay for production costs.

“I found an online publishing agency, and they helped me out,” Mandrell said.

“Think Like the Killer” is about a boy who enjoys journaling, and sets out to solve a criminal case that has remained unsolved.

“He struggles with a bunch of mental disorders, and he gets a bunch of friends to help him out and tries to solve the case,” Mandrell said.

She said she wanted to highlight what it is like for people who struggle with multiple mental disorders at the same time. She researched this through journal articles before writing the book.

“I have always been interested in people who have been struggling mentally, so I wanted to try and help people understand them a little bit more,” Mandrell said.

After graduation, Mandrell hopes to have a career in writing.

“That is all that I am interested in doing,” Mandrell said. “I don’t know of anything other than writing that I would want to do.”