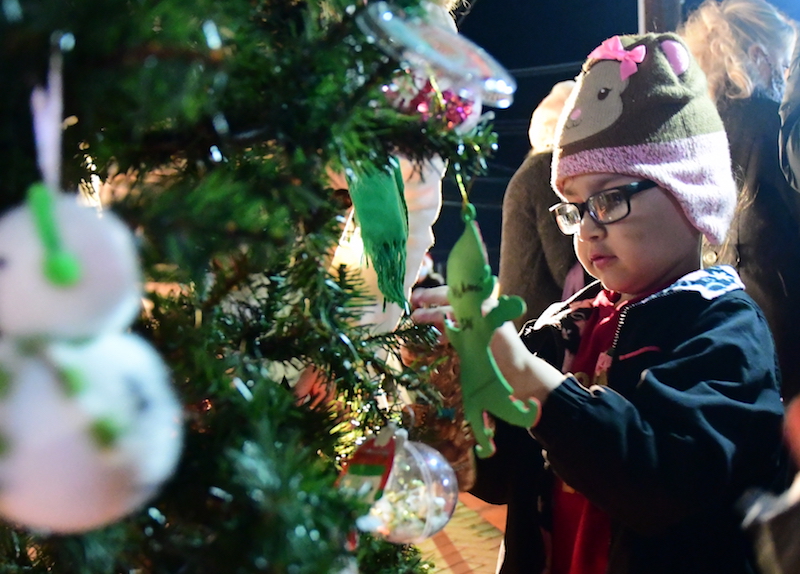 Christmas festivities in Clanton will be on Dec. 3. (FILE)

The annual Clanton Christmas tree lighting ceremony will be the same day as the parade this year.

Traditionally, the tree lighting was held the night before the parade.

The Christmas tree lighting will be held at Corner Park in downtown Clanton at 7 p.m., after the Christmas parade.

Organizer Teresa Connell said the idea to have the events on the same night had been discussed last year, but was not feasible.

She said the Rotary Club was open to the idea, so they decided to host the events on the same night this year.

“The Emerald Empire Band” will provide entertainment. Kissel carnival rides will be at the event again.

Of course, Santa will also make an appearance.

A photo booth and several other photo opportunities will be available.

“We do want the children to participate,” Connell said. “There will be trees available for the kids who homemade ornaments.”

Connell said the theme for the tree lighting this year is Winter Wonderland with new decorations and two 15-foot-tall trees that light up to music outside of city hall.

“They are going to be gorgeous, beautiful trees, so I am really looking forward to that,” Connell said.

The ornament creations need to be water proof because they will be displayed outside. Those who want to participate can simply bring an ornament the night of the event.

“We had one of the largest turnouts that I can ever remember in the city last year, and we are hoping to make it bigger and better this year,” Connell said.

Balloon release honors those who died from COVID-19