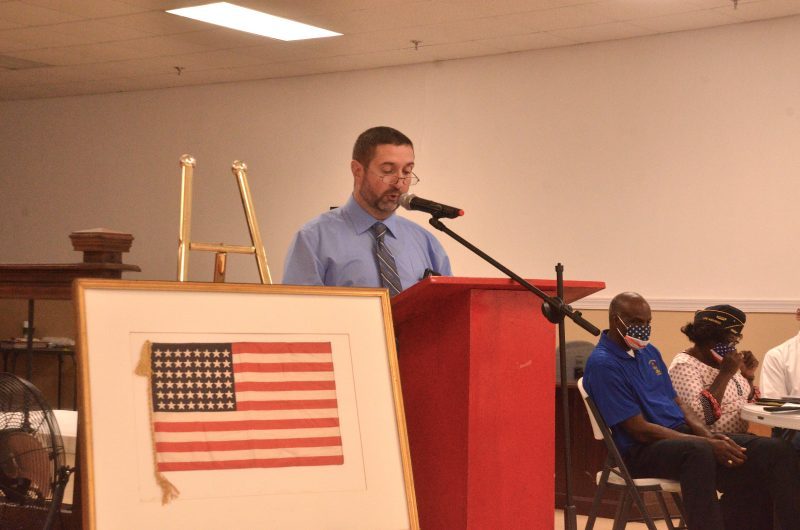 Senior Connection in Clanton held a special Veterans Day event on Nov. 11. The event was held to honor and recognize the U.S. Veterans of Chilton County.

Mike Hall of American Legion Post 216 spoke briefly to all of those who attended, thanking the veterans present for their service and sacrifice, as well as thanking the spouses for their sacrifice.

“We’ve got over 4,000 veterans in Chilton County,” Hall said. “I’d like to see people be able to recognize them and realize the sacrifices that we have made, and not just us but our spouses also. We can’t do what we did without our spouses back home.”

Hall then turned things over to the Patriotic Speaker, U.S. Army Sgt. Billy Hicks, who served in the military for 20 years.

Hicks opened his speech by quoting President Theodore Roosevelt’s “Man in the Arena” speech. He related that speech to being a member of the U.S. military, how they are the ones on the front lines fighting for freedom, and they sacrifice so much and give so much effort to protect the United States of America.

“I felt like that was probably the most fitting thing that I could say as far as veterans and what it’s about to be a veteran,” Hicks said.

Hicks ended his speech by thanking those that had served.

“I love my country, and I think there’s nothing greater that someone could do than serve,” Hicks said.