“Tie one on for safety” – A Holiday Reminder 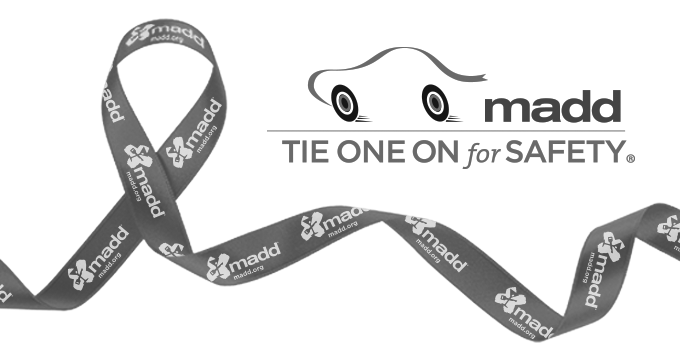 As the holidays arrive, social dinners and Christmas parties begin.

With the holiday season quickly approaching, people are more likely to drink and drive. Studies show that 69% of people are more likely to overindulge in holiday drinking from Thanksgiving to New Year’s more than any other time of year. To help combat those statistics and risks, Mothers Against Drunk Driving (MADD) launches their Tie One on for Safety Campaign from Nov. 1 through Dec. 31 every year.  The name of the campaign comes from the expression “tie one on” which is slang for drinking alcohol. Representatives from MADD were a part of a video call some Chilton County Schools students participated in during Red Ribbon Week recently to bring awareness to the dangers of driving under the influence.  MADD encourages people to wear or place a MADD red ribbon in a visible place during the holidays in order to remind others to always designate a non-drinking driver.

“Everything we do is surrounded by drink,” said Pamela Morton, State Victim Services Specialist for the MADD Alabama State Office. “We just want to encourage everyone to designate a non-drinking driver before they take the very first sip.”

In addition to displaying the reminder ribbon, MADD has other helpful tips to keep people safe during the holidays including encouraging hosts to offer a mocktail as an option during parties, offer to be the designated driver at the beginning of the night and never ride with someone who is impaired.

According to MADD, 28.7 million people admitted to driving under the influence of alcohol in 2013 (which is more than the population of Texas).  In 2015, 10,265 people died in drunk driving crashes (which is one every 51 minutes).

In 2012, MADD pushed for Alabama to make ignition interlock systems mandatory for all repeat drunk driving offenders. The state passed an all offender ignition-interlock law which allows law enforcement to attach a lock on the steering-wheel of those convicted of drinking and driving, including first time convicted drunk drivers with a BAC of .15 or greater. The steering-wheel lock requires a driver to blow into a mouthpiece to test their Breath Alcohol Concentration (BAC) before they can start a vehicle. If the device detects a BAC greater than a level determined by the monitoring authority, it prevents the engine from being started.

MADD encourages businesses and individuals to “tie on” a red MADD ribbon during the holidays as a reminder to others to designate a driver. For more information or to obtain a MADD red ribbon, contact 1-800-665-6233 or www.madd.org.