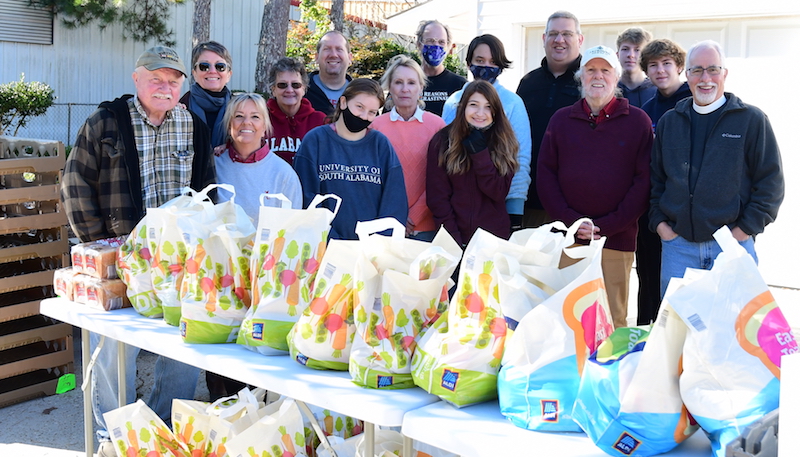 Trinity Episcopal Church received some extra help with its Beans and Rice Ministry on Nov. 6 from St. Mark’s Episcopal in Prattville.

The ministry is so named because beans and rice are staples among the non-perishable food items given out each month on the first Saturday. Meat and fresh produce are also given out sometimes.

Five members of St. Mark’s youth group helped give bags of food to community members as they drove up.

Youth leader Todd Childers said serving with Trinity Episcopal was a good way to make an impact for the community in a hands-on way.

Lei Lani Fernandez said it felt good to be a part of showing generosity to others.

“It was fun helping people and seeing them smile,” James Byard.

The Beans and Rice ministry was started in 2005 by Ginny Brock as Trinity Episcopal looked for ways to serve the community.

The ministry has grown and helps an average of 160 families per month, distributing about 20 pounds of food.

Coordinator Jenny Milwee said she became involved because “I just saw that there was such a need.”

Registration is not required to receive food.

The ministry is how some first know about the church. Community food efforts expanded in 2018 when the church partnered with Three Hearts, One Mission to establish a Free Little Pantry in front of the church office. This allows those in need to get food in between distribution days.