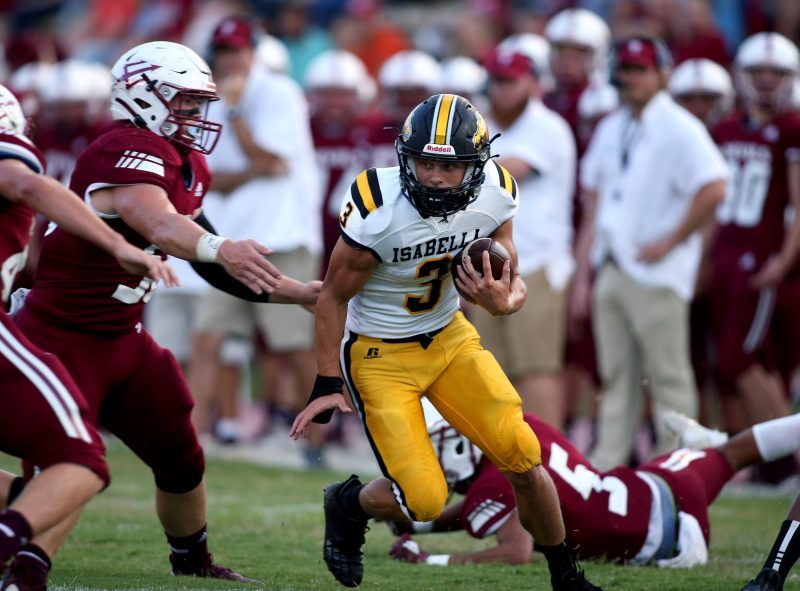 Isabella and Maplesville were the two teams from Chilton County to advance to the second round of the playoffs. (FILE)

After the first round of the football playoffs, only two Chilton County teams remain. Isabella High School and Maplesville High School won their first-round games handily, and each have earned second-round matchups at home.

In the next round, tougher opponents await the Mustangs and Red Devils. One faces a defending state champion, and the other faces a team on an eight-game winning streak.

Here is a look at the two matchups.

Maplesville High School will host Linden High School in the second round of the playoffs on Nov. 12.

The Red Devils are coming off a 40-6 victory over Fruitdale High School in the first round while Linden won its first-round matchup over Samson High School 20-12.

The Patriots are the defending 1A state football champions, but despite winning a championship a year ago, they have been up-and-down in 2021. Linden finished the regular season with a 5-4 record, winning four of its last five games after limping to a 1-3 start.

They will face a tough task against Maplesville. The Red Devils have dominated on both sides of the ball this season, and will look to unleash a strong defense on a Linden offense that has averaged just 23 points per game this season.

The Patriots will need to stop Maplesville’s rushing attack if they hope to pull off the upset. The Red Devils have a three-headed monster at running back with Brady Harrison, Jakavion Jackson and Jonathon Wilson. Linden will look to slow all three down in an attempt to defend its title.

Isabella will host B.B. Comer Memorial High School on Nov. 12 for its second-round matchup. The Mustangs are coming off a 40-6 victory over J.U. Blacksher in the first round while B.B. Comer won its first-round matchup 37-29 over George W. Long High School.

B.B. Comer has won eight straight games coming into this matchup. Isabella, meanwhile, has won eight of its last nine matchups, with its only loss coming to Keith High School in the regular season finale.

Both are well-rounded teams that will look to score early and roll from there. The Mustangs will hope that home-field advantage will give them an edge and get them to the third round.