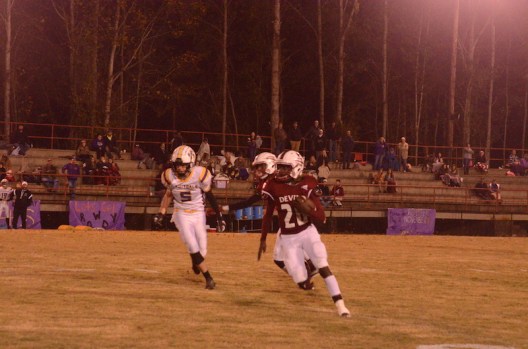 Maplesville advanced to the second round of the 1A playoffs with the victory over Fruitdale. (ZACHARY SEIFTER/ ADVERTISER) 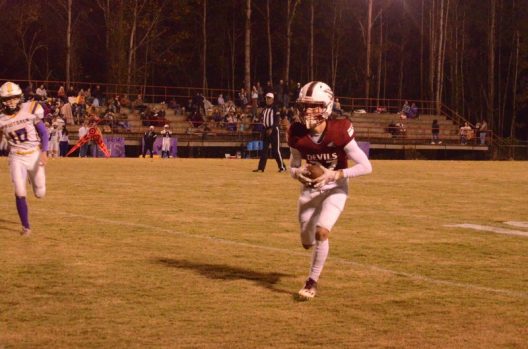 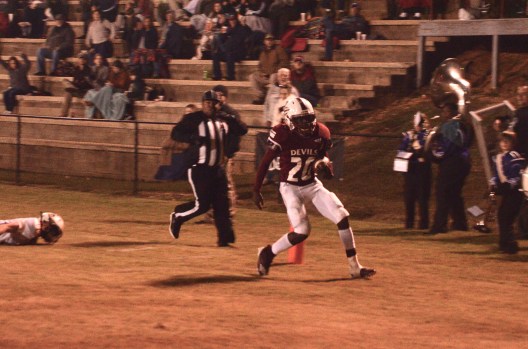 Maplesville High School defeated Fruitdale High School on Nov. 5 by a score of 40-6. The Red Devils secured a spot in the second round of the 1A playoffs with the victory.

Maplesville was able to take advantage of a number of mistakes by the Pirates. Multiple turnovers gave the Red Devils short fields, and the offense was opportunistic, putting points on the board when given a short field.

Things started out a bit sloppy in the early portion of the game. Maplesville opened the game up with a drive that ended with a field goal. After going three-and-out on their opening drive, the Pirates’ long snapper flung the ball over the Fruitdale punter’s head on fourth down. The ball went into the back of the end zone for a safety, giving Maplesville a 5-0 lead.

The Red Devils scored two more times in the half, taking a 20-0 lead into the break.

While the Pirates’ defense did a good job of limiting big plays in the first half, the Maplesville rushing attack, led by Brady Harrison and Jakavion Jackson, wore them down in the second half. The Red Devils were able to break off some big runs, allowing them to score three more times in the second half.

The defense continued its stellar play in the second half, giving up just one score to secure the lopsided victory.

“I thought overall we played well,” Maplesville head coach Brad Abbott said. “We had a few hiccups here and there, but first round you’re just trying to survive and advance, and then correct those little things that you did wrong. At least we’ve got the opportunity Monday to come back in and fix those things, and try to get ready for next Friday night.”

Maplesville will look to correct its errors in its second round playoff matchup on Nov. 12. The Red Devils will get to host another playoff game as they face off against Linden High School. Kickoff for that game is set for 7 p.m.