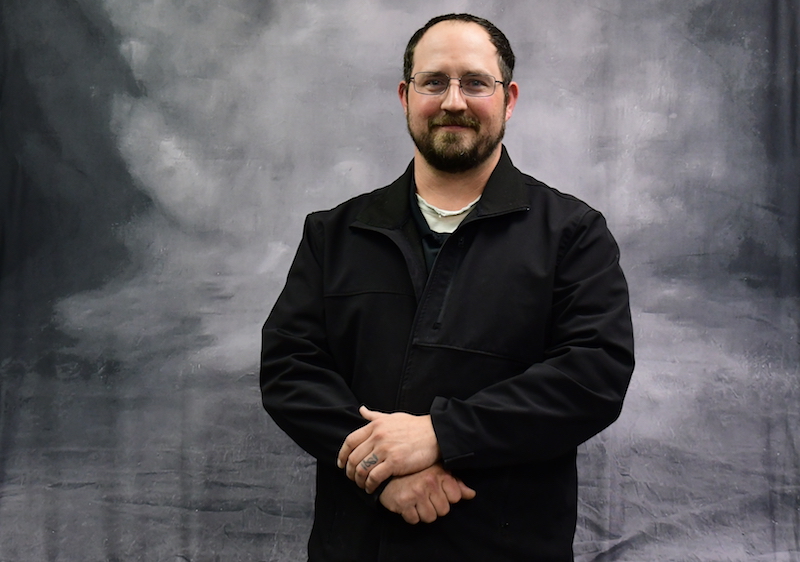 Jeremiah Davis had wanted to be a pilot from the time he was a child growing up in Jemison.

“The older I got, I found a niche more inclined toward the Marine Corps — more hands on rather than being a pilot,” Davis said.

He also thought the Marines would give him the best training for surviving in a combat zone.

He enlisted in U.S. Marine Corps in September 2007, and completed boot camp at Parris Island, South Carolina. He was stationed at Camp Lejeune in North Carolina.

“I volunteered for deployment that was originally slated to go to Iraq,” Davis said.

However, there was a change in plans and the deployment was to Afghanistan.

Davis was in an engineer battalion in a platoon doing convoy security for supplies across Afghanistan.

“There were 66 men in my platoon — 37 of us came back wounded,” Davis said. “I was one of three that came back having been wounded multiple times off the same tour of combat. We all came back alive. We did not all come back in the pieces that we left.”

Each person had a specific job, Davis was a turret gunner.

“IEDS, roadside bombs, were our biggest enemy,” Davis said. “I was hit directly by three IEDS and probably had 70 more indirect explosions.”

At times, “We literally stood post in guard shacks with no ammo because we didn’t have enough,” Davis said.

He was there for seven months.

The recovery took a lot longer.

“What we went through overseas had severe mental trauma, and we all had that inflicted on us at a very high rate,” Davis said.

Doctors suggested a medical retirement from the Marines, but Davis did not agree.

“At the time, I was young and dumb and prideful,” Davis said. “I did not want to be medically retired out of the Marine Corps, I felt that that would have been disgraceful. Looking back, I wish I had because I only made things worse by staying in.”

Davis was deployed again in 2011, but this time he was working in the same village in Afghanistan the entire six months, enforcing a new Afghan law against the growing of opium.

“We did a lot of foot patrols … We got sent out in the middle of the desert, 21 of us, by ourselves with no support,” Davis said. “If we needed support of any kind, it came via chopper or got dropped out of an airplane via parachute.”

He said in this deployment each person took care of multiple roles. This deployment was more working face to face with people through an interpreter.

“Everyone from that deployment also came home,” Davis said.

Two months after returning to the U.S., Sept. 23, 2011, was the end of his active duty service on. His official end of obligated service was Sept. 23, 2015. During the time in between the two dates, Davis was not called back to active duty, despite his desire to return. His injuries from when he was deployed and surgeries on his back and foot prohibited him from being approved.

“I didn’t blame them,” Davis said. “I was just trying to get back into what was normal to me.”

He commented that he is still adjusting to civilian life.

“It has been mostly a mental challenge,” Davis said.

Despite all of this, “I wouldn’t have changed it for the world,” Davis said.

“I had a purpose for what I did, I was willing to give my life for what this country was and meant to me at the time, and I would be willing to do it again to turn this country back into what it was then,” Davis said.

After serving in the Marine Corps, Davis returned to Central Alabama to work at Thompson Tractor as a diesel mechanic. He now lives in Jemison and works in the rental department of Thompson Tractor.