Athlete of the week: Kendrick shines in playoff victory 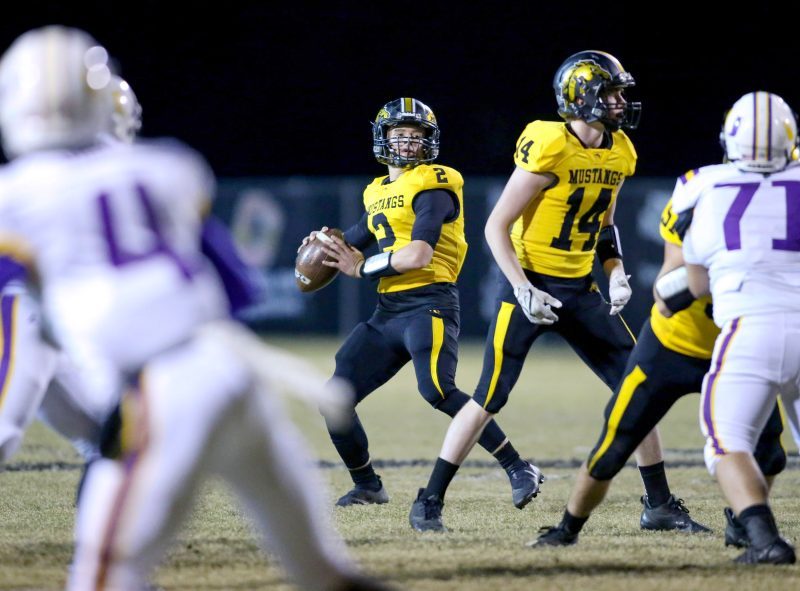 Isabella quarterback Eli Kendrick played an excellent game against J.U. Blacksher on Nov. 5. Kendrick picked up 218 all-purpose yards and three touchdowns to help Isabella advance to the second round of the playoffs. (BRANDON SUMRALL/ SPECIAL)

Isabella quarterback Eli Kendrick is this week’s athlete of the week. Kendrick was outstanding in the Mustangs’ 40-6 victory over J.U. Blacksher on Nov. 5. The victory allowed Isabella to move on to the second round of the 2A playoffs.

In the victory, Kendrick was effective with both his arm and his legs. The quarterback ran the ball three times for 77 yards and a touchdown. Kendrick also completed five of his eight passing attempts for 141 more yards and another two touchdowns.

Gill contributed on both sides of the ball. He finished second on the team in tackles with 9.5, also tying for the team lead in sacks with 1.5.

On offense, Gill led the team in rushing, picking up 70 yards off four rushes, averaging 17.5 yards per rush.