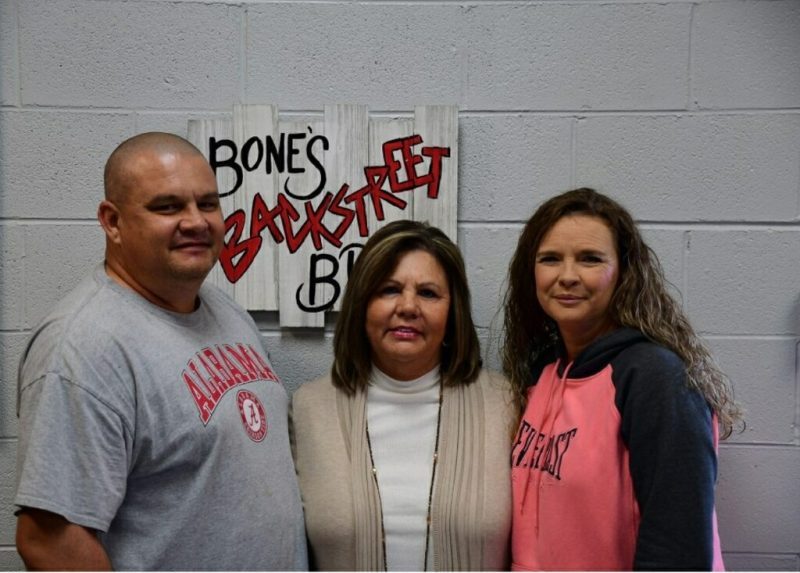 Bone’s Backstreet BBQ in Clanton was nominated for the Emerging Business Award by the Chilton County Chamber of Commerce. The restaurant is one of 45 finalists from across the state to be nominated for the award. (NICOLE BONE/ CONTRIBUTED)

The restaurant is one of 45 businesses across the state to be named a finalist for the award. The Emerging Business Award recognizes small businesses in the state of Alabama that have been in business for less than five years. These businesses “are considered to be the state’s very best small businesses based on a variety of civic and professional standards,” according to a press release from the CCAA and BCA.

Bone’s opened in Clanton in 2019. The restaurant, owned by Darrell Bone and Nicole Bone, has since opened a second location in Jemison.

“It’s very exciting, and it’s an honor for them to even nominate us,” Nicole Bone said.

The nomination for the award is even more meaningful given what the Bones and the business have been through in the recent past. Bone’s opened its second location in Jemison in the midst of the COVID-19 pandemic.

Just weeks after opening, Nicole Bone, her daughter and the manager of the Clanton location all caught COVID. Both restaurants had to close for weeks as a result, and then Darrell Bone came down with the virus.

“That hurt,” Nicole Bone said. “But, we still managed to pull through it.”

After re-opening, the restaurants thrived. They have been a hit in Chilton County, and the Bones are thrilled to see the restaurant get recognized.

“It doesn’t matter if we win,” Nicole Bone said. “I mean, we were nominated. In our eyes, we already won.”

While they will not be upset if they do not win, make no mistake, the Bones would very much like to win this award.

“I might pass out,” Nicole Bones said on what her reaction will be if Bone’s wins the award. “Really, it would be such an honor.”

Along with all of the other finalists, the Bones will be honored at the CCAA/BCA Partnership Annual Meeting/Luncheon on Dec. 3 at The Harbert Center in Birmingham.

All of the award finalists will be recognized as a gold, silver and bronze winner in each of the award categories.