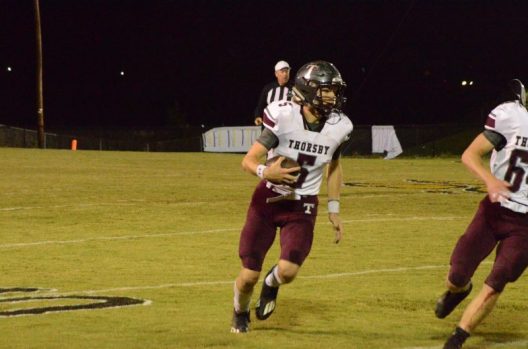 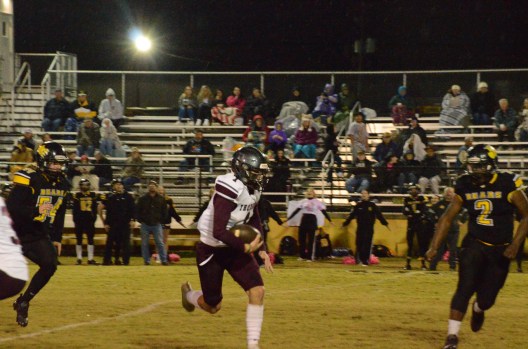 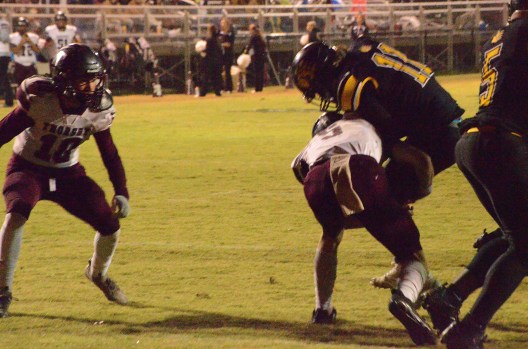 Thorsby High School defeated Billingsley High School on Oct. 29 by a score of 36-14. The win gave the Rebels a final record of 6-4 in the 2021 season, while Billingsley finished with a 4-6 record.

The game was sloppy early on, mainly thanks to rainy weather conditions that resulted in both teams committing multiple turnovers.

A pair of touchdowns by Remington Taylor and Luke Davis put Thorsby up 14-0. However, Billingsley quarterback Levi Arington cut that lead to just six points at halftime with a two-yard rushing touchdown late in the second quarter.

Thorsby came out flying in the second half, scoring a touchdown on the opening possession, then scoring two more times before the final whistle. The Bears managed one more touchdown in the effort, and kept the game close until the Rebels pulled away in the fourth quarter.

“We held the team last week (Highland Home) to zero points in the second half, and we wanted to build on that out here tonight and play hard and they did,” Thorsby head coach Daryl Davis said. “A good victory for us.”

The difference in this game was the turnover margin. Both teams gave the ball away in the first half. However, it was Thorsby that made adjustments and protected the ball in the second half.

The Rebels did not have a turnover in the second half while Billingsley continued to give it away.

“I was extremely pleased with the effort and the passion that the guys played with,” Billingsley head coach Phillip Coggins said. “Obviously, we made too many mistakes to win the football game. Thorsby had a lot to do with that. They had a good game plan and executed. We had five turnovers, and you don’t win many football games with five turnovers.”

Ahead of the game, both Thorsby and Billingsley had clinched playoff spots. Both will go on the road next week to kick off postseason play.

The Bears will head to Sweet Water High School on Nov. 5 for their postseason matchup. Kickoff for that game is set for 7 p.m.

The Rebels will head to Clarke County High School for a date with the Bulldogs in their playoff matchup. Kickoff for that game is set for 7 p.m. on Nov. 5.