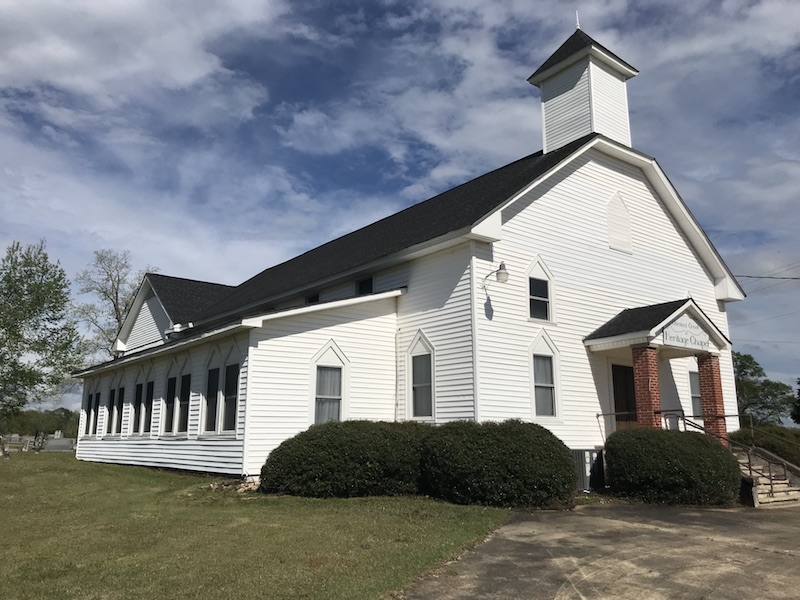 Chestnut Creek Heritage Chapel was built in 1925 as Chestnut Creek Baptist Church. The church moved to a new location, and, today, a group of people dedicated to preserving the building and the history of the area maintain the building. (FILE)

The Chestnut Creek Heritage Chapel in Cooper has secured funds to move forward with needed improvements to the steeple.

Ola Taylor of Chestnut Creek Heritage Chapel said the organization has been awarded $9,500 in grant funding from Cawaco Resource Conservation and Development.

She said Cawaco “has been so very good to us all along.”

“This is the fifth time they have given us a grant,” Taylor said.

The funding is a reimbursement grant, meaning the Heritage Chapel team will pay to have the needed repairs, and then submit paperwork to Cawaco to be reimbursed for the funds.

“The steeple has been in danger due to lack of proper supports,” Taylor said. “It dates back to before our time on the building. It’s a long-term problem … That problem has been made worse by water leaks and accumulated storm damage. Work had to be done to save the steeple and make it safe.”

The project has been estimated to cost $15,000. Money in reserve from previous fundraisers and separate donations will help make up the difference.

Taylor said suppliers and those doing the work have also agreed to give a discount to bring the cost down.

Jim Butters and Advanced Roofing and Metal Works will be completing the work.

“He has been so helpful,” Taylor said.

She said the organization is also thankful for Lynn Price of Advanced Roofing, Patti Pennington of Cawaco RC&D and Alabama Sen. Clyde Chambliss for their help and support of the project.

Work on the project should begin in early November. Taylor said they hope to have the work complete in time for their annual Christmas Bazaar on Dec. 4.

Repairs to siding that was damaged by a storm is also being repaired, using funds from the chapel’s insurance company.

Chestnut Creek Heritage Chapel is maintained by a group of people dedicated to preserving the historic building, which is the previous location of Chestnut Creek Baptist Church. Taylor said there were several major projects that were needed in 2014 when they acquired the building. Several of these have since been completed.