Garris retires after 43 years with CCSO 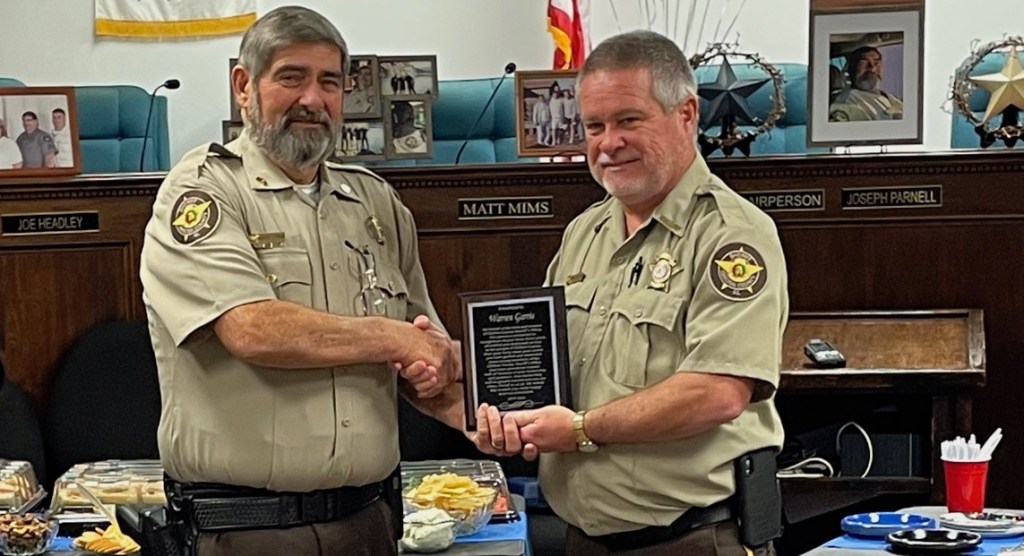 The Chilton County Sheriff’s Office celebrated the career of Warren Garris with a retirement party on Oct. 28.

His retirement is effective Oct. 31 after 43 years with the department.

“I have always wanted to help people,” Garris said of his interest in law enforcement. “I love helping people and being out in the public … I figured that was the best way to serve my community.”

In addition to being able to help others, Garris has also enjoyed the people he has worked with.

“Warren always cared about helping people and always tried to do anything he could to help anyone,” Chiton County Sheriff John Shearon said.  “I rode with Warren a good bit of the time when I started as a Reserve years ago. You always remember the ones that helped mold you into who you are today. I owe him a great of thanks for that.”

A highlight of his career was serving as the president of the Fraternal Order of Police and providing presents to children in the community through Operation Santa Claus. He has served in various roles, including assistant chief at one point, and started a dive team for water rescues in 2002.

In 1978, Garris was working part-time in the jail, but joined the Sheriff’s Office Reserve in 1982.

He has served under seven sheriffs.

In 1991, he attended the Law Enforcement Academy for reserve officers and became APOST certified.

“It is not the most glorious job you could have,” Garris said. “When you get to help someone, you see the difference that you have made in someone or you see a kid that you have got on to, and it really sunk in and it helped him, that’s the good side of it — then you see the ugly side of it.”

Retirement became a consideration recently because of Garris’s age and how this impacts some aspects of the job.

“Law enforcement is getting to be a young man’s job,” Garris said.

He is looking forward to having opportunities to do what he wants when he wants during retirement. In the immediate, this looks like focusing on his property, but eventually may include traveling with his wife.