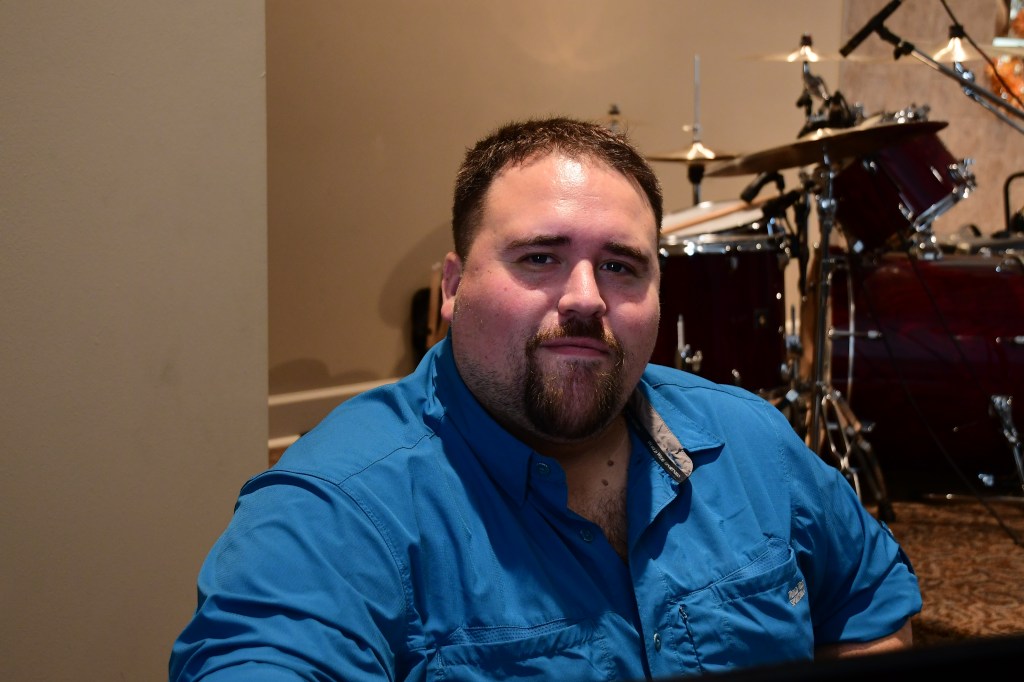 Rosenberger comes to the position from Teen Challenge Adventure Ranch in Morrow, Arkansas, where he worked with teenage boys overcoming addiction.

His first Sunday in Clanton was Oct. 10.

Rosenberger said he had been looking for a new opportunity in young adult or worship ministry when he applied for the position.

“I felt that there was a real welcoming nature of the people and definitely appreciated the heart of Pastor (Randy) Reid … of freeness to allow the Holy Spirit to guide us,” Rosenberger said.

He said he wanted to build on what was already happening at the church.

In addition to leading worship on Sunday mornings, Rosenberger hopes to lead the church in hosting community worship nights and song writing sessions.

“I definitely have a heart for outreach, meeting the needs of the community,” Rosenberger said.

Rosenberger and his wife Dina have moved to Clanton.

He has a degree in music education from University of Valley Forge in Phoenixville, Pennsylvania.

He served as a youth and worship pastor in Pennsylvania for two years before becoming a music teacher in West Philadelphia. After teaching music for a while, he accepted the Teen Challenge position.

Growing up, Rosenberger was not interested in being a pastor, even though he felt like that was what God wanted him to do.

“The later years of high school I really accepted Jesus for myself and with that came a heart for doing some ministry things,” Rosenberger said.

He became interested in song writing while in high school and has developed a passion for it.

Rosenberger said he learned to play several instruments “out of necessity” growing up in the smaller church where his father was the pastor. He started with piano lessons, took lessons on other instruments and also taught himself a few.

He learned to sing harmony from his grandfather and people at church.