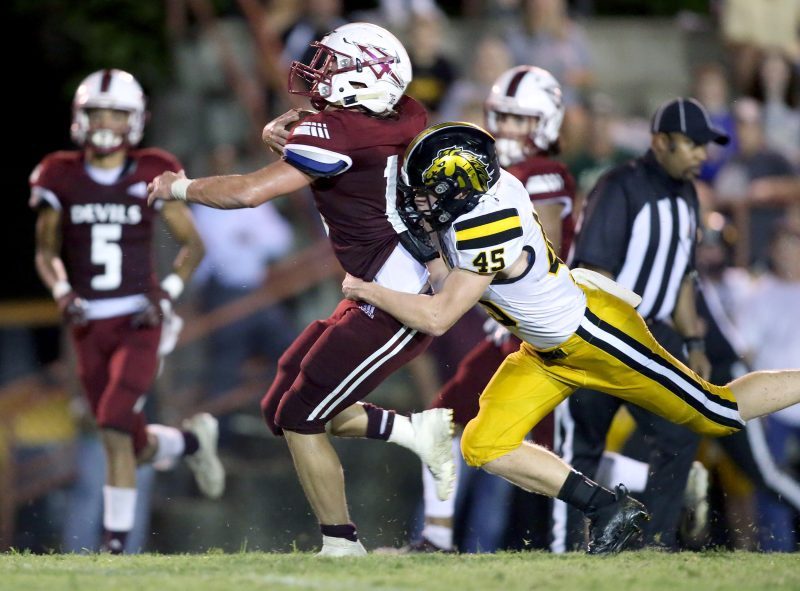 Brady Harrison was exceptional in Maplesville’s win over Autaugaville. The running back ran the ball 23 times for 235 yards and three touchdowns. (FILE)

Maplesville running back Brady Harrison is this week’s athlete of the week. The star running back for the Red Devils was nothing short of sensational in the team’s 42-6 victory over Autaugaville.

In the game, Harrison ran the ball the 23 times for 235 yards, averaging 10.2 yards per rush. He also scored three times.

Harrison also led the team in tackles on defense, collecting nine in the win.

Braxden Giles played an excellent game for Isabella High School in the team’s victory over Luverne High School on Oct. 22.

Giles was a big part of the Mustangs’ offense in the game. He ran the ball four times, collecting 44 yards on the ground and a touchdown. He also caught two passes for 54 yards and another score.

Giles also contributed on defense, collecting seven tackles as well as an interception in the victory.