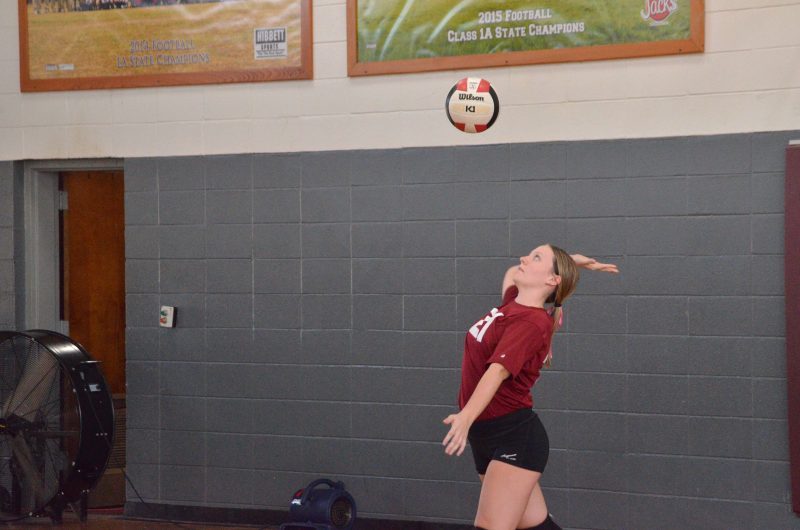 Maplesville High School’s volleyball team lost in the second round of the regional tournament on Oct. 21. The Red Devils lost to Woodland High School in three sets. (FILE)

Maplesville High School’s volleyball team saw its 2021 season end in the second round of the 1A South Regional Tournament on Oct. 21.

The Red Devils advanced to the second round after defeating Choctaw County High School in the first round. However, Maplesville was unable to repeat its first round performance against Woodland High School, losing in three sets.

Maplesville had its opportunities against Woodland. The Red Devils held a 24-21 lead in the first set before ultimately losing 26-24. The loss of momentum carried over to the second set as the Bobcats won 25-16. Maplesville fought back in the third set, but ultimately was not able to pull out the victory, losing 25-21.

“Knowing that we were close to being a team that can qualify for state, when having nine players back next year… is exciting,” Maplesville head coach Stacy McGeehee said. “We did do something that we hadn’t done before in winning a game (in regionals) against Choctaw County… I’m proud of the girls, we won 17 games this year, which is probably the most we’ve won here. They’ve just got an attitude of wanting to play hard and become good.”

The 2021 season was a successful one for the Red Devils. They won their area, and won a game in the regional tournament. It is progress for a team that had not advanced to the second round under McGeehee before.

Maplesville is only losing three seniors from this year’s team, and the Red Devils will have a large senior class in 2022 as they look to advance to the state tournament for the first time under McGeehee.

“Every year our program has gotten better,” McGeehee said. “We would make the playoffs, last year was the first year we won area, and then we kind of missed an opportunity to go to the second round last year. Well this year, we won the area again, and we won a game and let an opportunity slip of going to the state tournament … The program has been taking steps, and the expectation is to take that next step next year.”