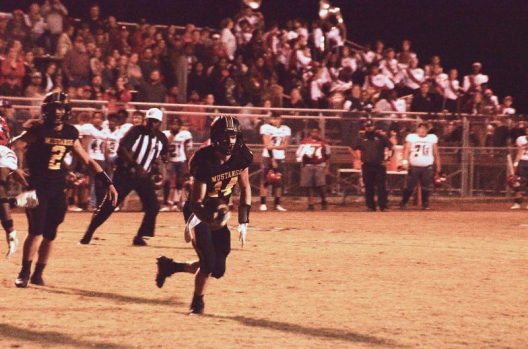 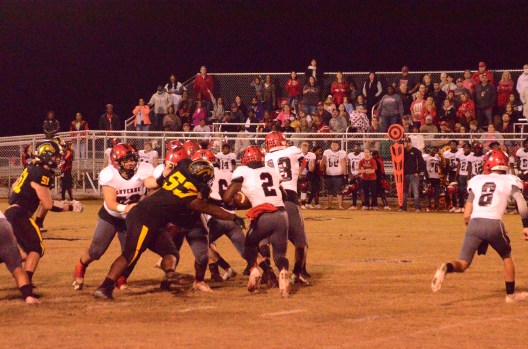 The loss to Isabella marked Luverne’s first of the 2021 season. (ZACHARY SEIFTER/ ADVERTISER) 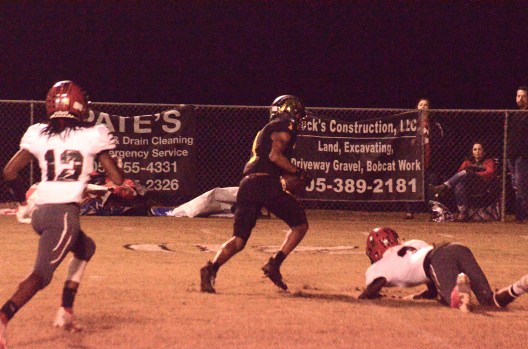 Isabella High School defeated Luverne High School by a score of 32-13 on Oct. 22. The victory secured a third straight regional championship for the Mustangs.

Isabella dominated this one from the beginning. On the opening drive, quarterback Eli Kendrick took a shot, hitting Braxden Giles downfield for a 35-yard touchdown. It was the first of five scores for the Mustangs offense in the game.

The Mustangs defense came out just as hot. The unit posted a shutout in the first half, and was physical on the line of scrimmage, giving up just over 200 total yards to a Tigers offense that had been lethal all season.

The defense especially showed up in the trenches. The defensive line shut down Luverne’s running game, giving up just 64 yards on the ground. The offensive line did a phenomenal job as well, paving the way for a running game that nearly eclipsed 200 yards.

“We pride ourselves on being physical and being physical won the football game,” Isabella head coach Tate Leonard said. “We’re a very physical team, and they didn’t like our physicality.”

While the team got things done on the field, the Isabella crowd played a large role in the stands. The game was packed with Mustangs fans that made noise from start to finish. There were a number of pre-snap penalties committed by the Tigers, no doubt thanks to the noise created by the Isabella faithful.

“The crowd did awesome,” Leonard said. “They were very good, it was a difference in the game. But every week that’s how our crowd needs to be, every game.”

Mustangs fans will get the chance to be a difference-maker going forward in the playoffs. Both teams had secured home playoff games coming into the game. However, Isabella will now roll into the postseason as a number one seed, and teams will be required to come through their stadium in order to advance.

This team is not yet thinking about the postseason though. They want to savor this moment and celebrate the massive accomplishment of a third straight regional title.

“It’s going to be good,” Leonard said of the postgame celebration. “I’m going to eat something smothered and covered.”

The Mustangs will finish off the regular season next week when they travel to Keith High School. Kickoff for that game is scheduled for Oct. 29 at 7 p.m.