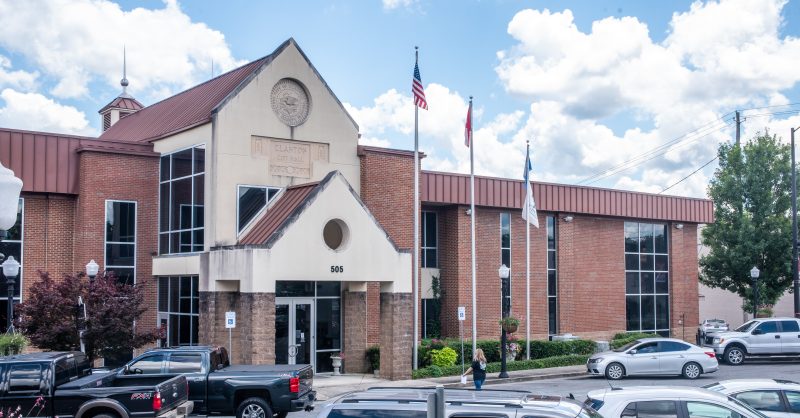 The Clanton City Council discussed the agenda for its Oct. 25 voting session during a work session on Oct. 21.

The council will have the second reading and vote on ordinance changes for mobile food vendors and for the police department’s reserve program.

Votes on abandoning a portion of Allen Street (near Cornerstone Fitness), participating in the Severe Weather preparedness tax holiday for specific supplies, a job description and pay scale for Director of Parks and Recreation and a rate of pay for the Chief of Staff will also be considered.

Mayor Jeff Mims said the plan is to reach out to a college that has a program for parks and recreation directors for recommendations for someone with training.

The council will consider allowing the Clanton Fire Department to apply for a grant through the state public health and rural emergency medical service departments. The grant would be for a chest compression device. The city would need matching funds for 25% of the cost.

“Our portion of that would be $3,750,” Clanton Fire Chief David Driver said.

Mims said the city is looking to hire a grant writer that has been recommended as having successful applications in order to secure more grants. The city is also applying for a state infrastructure grant. Mims said the said has appropriations now that will give $1 to cities for every $1 it spends on infrastructure.

A number of lease agreements are needing to be renewed or established.

“We have pieces of property that we have had rented out with no lease on it,” Mims said.

Two will be considered on Oct. 25 — Chilton County Transit and Gibson Timber Company. These would be for one year.

Mims confirmed that none of these properties were on the list of what the city planned to sell.