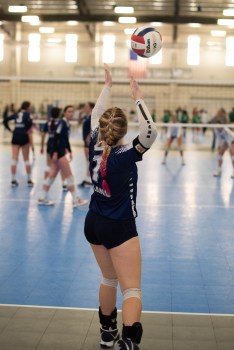 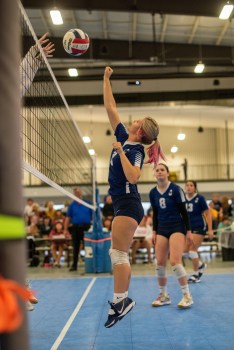 Bella Gilliland hits the ball over the net for the Panthers. (KEITH MCCOY/ ADVERTISER) 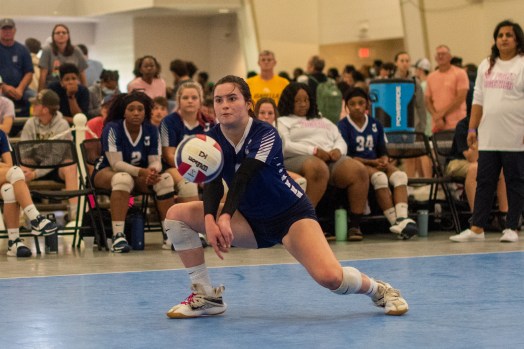 Jemison finished second in its area to advance to the regional tournament in Montgomery. (KEITH MCCOY/ ADVERTISER) 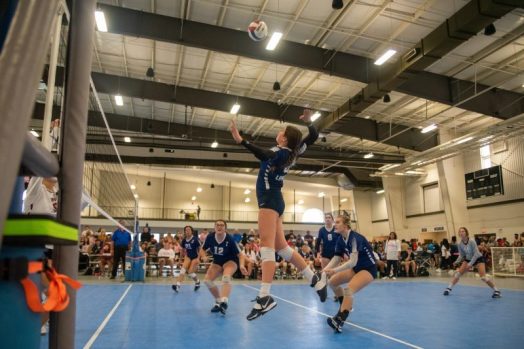 Jemison High School’s volleyball team fell to UMS-Wright Preparatory School in the first round of the 5A South Regional Tournament on Oct. 20. (KEITH MCCOY/ ADVERTISER)

Jemison High School’s volleyball team lost its opening round match of the 5A South Regional Tournament on Oct. 20.

The Panthers fell at the hands of UMS-Wright Preparatory School, losing in three straight sets.

In the opening set, Jemison showed some nerves as this was the first time that many of the Panthers’ players had been in the regional tournament.

The Bulldogs took advantage, jumping out to an early lead. They won the first set by a score of 25-9.

In the second set, the Panthers finally settled in. They went point-for-point with UMS-Wright Prep, keeping the set extremely close. Jemison took a late 25-24 lead, needing one more point to take the set. However, the Bulldogs reeled off three straight points to win set two by a score of 27-25.

Jemison continued to fight in the third set, once again keeping things close. However, UMS-Wright Prep was able to pull away in the end, winning the set and the match.

“We struggled at the beginning,” Jemison head coach Melissa Baswell said. “None of these girls have ever made it to regionals, so I think it was a little bit of a shell-shock at first. We had some bumps in the road, but I think every single girl gave it everything they had, it just wasn’t in the cards to win it today.”

For Jemison, reaching the regional tournament marks a huge step in the right direction for the program. It had been some time since the Panthers made it that far, and with not much roster overturn going into 2022, the future is bright for Jemison.

The arrow is pointing up for this Panthers team going forward. Finishing second in their area tournament and making the regional tournament show that progress is being made.

In 2022, look for Jemison to build off that progress and go even further.