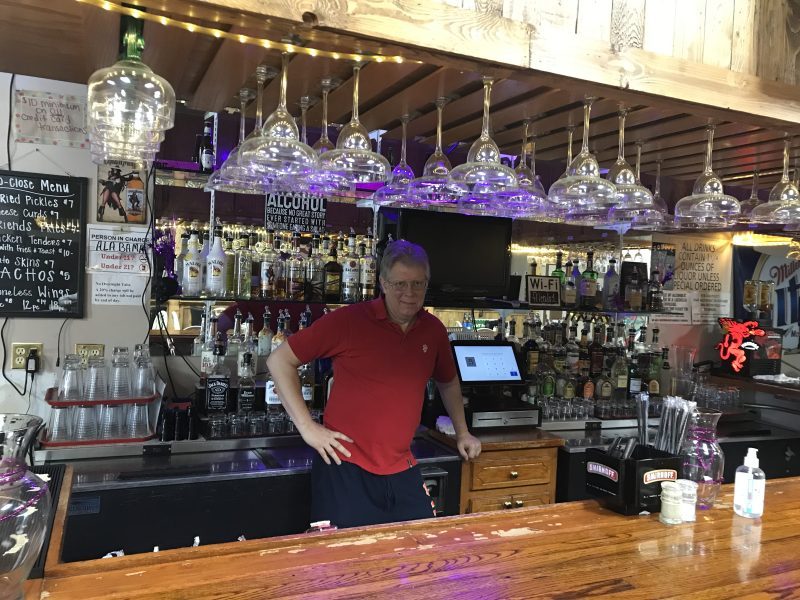 Sandy’s Friends owner Michael Mims renamed the restaurant and bar formerly known as Friends Steakhouse in honor of his parents. Both his father, Alvis Coker, and mother, Christine Thomas, went by the name Sandy at different points in their lives. (ZACHARY SEIFTER/ ADVERTISER)

The restaurant formerly known as Friends Steakhouse is now being operated under a different name.

Located at the Southgate Mall, the restaurant now goes by Sandy’s Friends, a tribute to the parents of owner Michael Mims.

Mims’ father, Alvis Coker, was a musician and an actor, and was known to many by his stage name, Sandy. He was possibly most famous for opening for Elvis Presley on the Louisiana Hayride.

Mims’ mother, Christine Thomas, was also known as Sandy for much of her life. She was born in Chilton County and attended Verbena High School.

Thomas moved out to California, where she met Coker, and spent time there before moving back to Clanton, where she became a staple of the community. Thomas owned multiple businesses in the city across a number of years. She opened a gas station on Lay Dam Road and then opened her curtain business, Curtains Unlimited, in the building that is now the location of The Hickory Chip. Thomas then built the Southgate Mall with the help of Mims and the two owned Friends Steakhouse for years.

“Sometimes she had to cook, she had to bartend, she had to waitress, she had to do everything,” Mims said of his mother. “A lot of people hated that, but they would look me in the face and tell me how much they loved her.”

Thomas owned Friends Steakhouse from 2003 until 2017 when she retired. She passed away in November 2020. Mims bought the restaurant back in December 2020.