Athlete of the week: Lee leads Isabella defense in victory 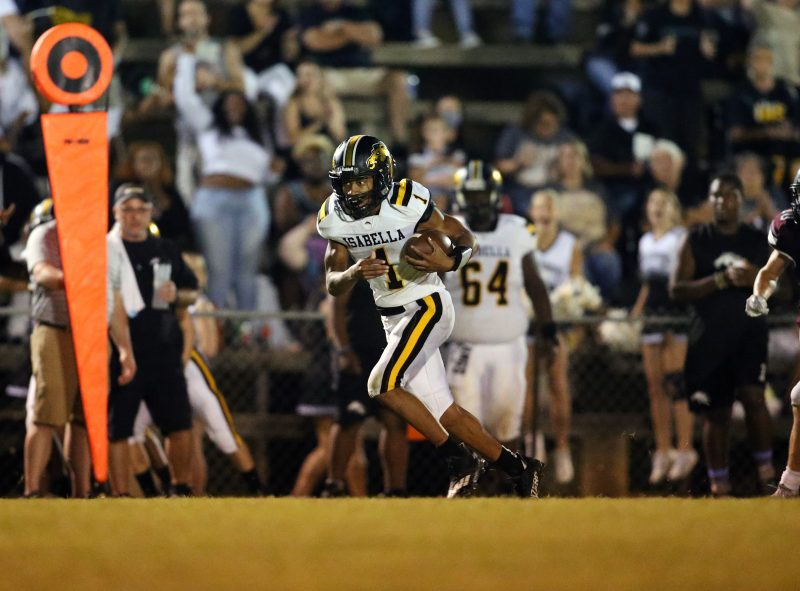 DreVon Lee had a big performance for Isabella in the team’s win over Central Coosa on Oct. 15. Lee had three interceptions in the game, taking one back for a touchdown. (FILE)

DreVon Lee of Isabella High School is this week’s athlete of the week for his performance against Central Coosa on Oct. 15.

Lee led the Mustangs defense to its first shutout of the season in the game. He had three interceptions, one of which he returned for a touchdown.

He also contributed offensively, picking up a rushing touchdown in the 62-0 victory.

D.J. Jackson had a great game against Maplesville High School on Oct. 15. Despite the fact that Verbena lost the game 61-20, Jackson had a hand in all three of Verbena’s touchdowns.