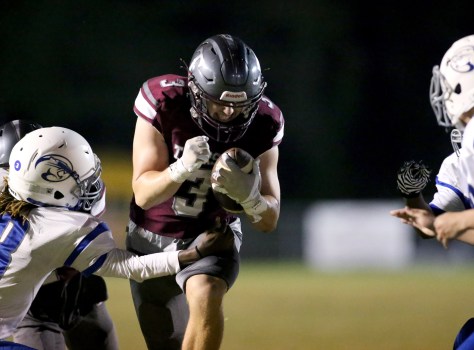 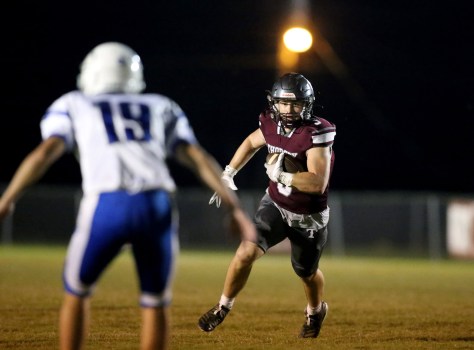 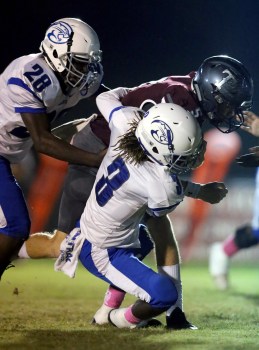 Thorsby’s offense was excellent in the win over Central Coosa, scoring 54 points in the victory. (BRANDON SUMRALL/ SPECIAL) 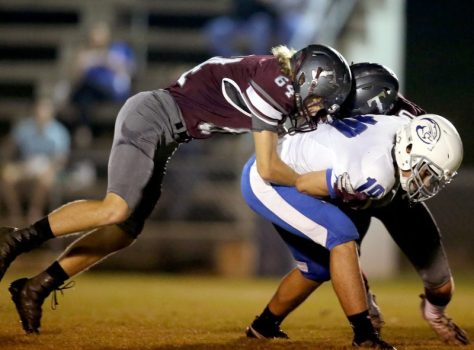 Thorsby High School picked up its fifth win of the season on Oct. 8, knocking off Central Coosa 54-0 on Homecoming night.

The Rebels were sensational on both sides of the ball. The offense was led by running back AJ Smith, who picked up 94 yards on nine rushes, punching in two touchdowns for Thorsby. Quarterback Luke Davis and Remington Taylor also contributed to the rushing attack, adding two more scores on the ground during the game.

On defense, the Rebels forced four turnovers in the game. The unit also scored on a pick-six by Grayson McManus.

“We talked wanting to go out there and getting a quick start and do what we’re supposed to do, taking care of business early, and they did,” Thorsby head coach Daryl Davis said. “Special teams was good, offense did their job, defense did their job, got up on them early.”

The Rebels found themselves up 38-0 at halftime, giving them an opportunity to put some younger players in the game in the second half.

“That was our plan the whole time,” Davis said. “Try to let our ones go on in and play the first half, and do what we’re supposed to do … (so) that we could get some young kids in.”

The young players were also fantastic, outscoring Central Coosa 16-0 in the second half.

The win for the Rebels brought their record to 5-2 on the season. It precedes a massive regional game on the road against Luverne High School. Kickoff for that game will be at 7 p.m. on Oct. 15.