Isabella runs away with Homecoming blowout 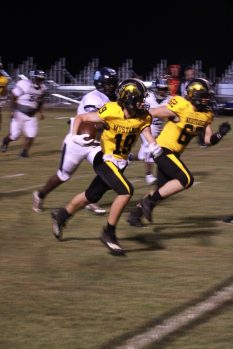 Tyler Mims runs down the sideline for a big gain. (KRISTIN WILSON/ SPECIAL) 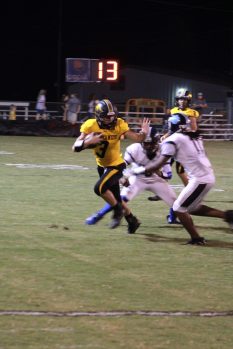 Braxden Giles had over 200 all-purpose yards in Isabella’s 79-6 victory, including an 85-yard kickoff return for a touchdown. (KRISTIN WILSON/ SPECIAL) 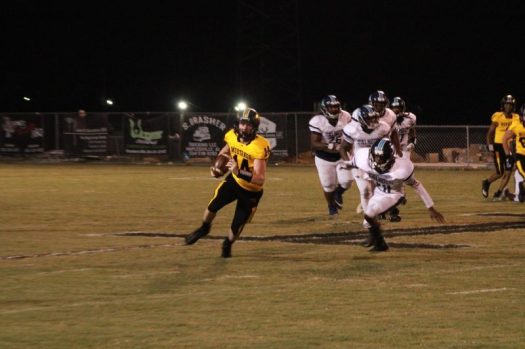 Isabella High School picked up a dominant victory at home on Oct. 8 over Calhoun High School. The Mustangs won the game 79-6 in front of a rowdy crowd on Homecoming night.

Isabella benefited from another outstanding performance by its powerful offense, led by Braxden Giles, who collected over 200 all-purpose yards and three touchdowns in the game. One of those touchdowns was an 85-yard kickoff return for a touchdown.

Also impressive in the game was the Mustangs’ quarterback Eli Kendrick, who was extremely efficient in the game. While he only attempted eight passes, he completed five of them for 144 yards and three scores.

Star running back Zac Chapman continued his strong play with another great performance. The runner gained 73 yards on just two carries, picking up a rushing score as well.

Not lost on Leonard was how great the defense was in the game as well. In its current five-game winning streak, Isabella’s defense has given up just over 12 points per game, including giving up just six points in the Homecoming win.

“I feel like we’ve been playing pretty good defensively all year long,” Leonard said. “… It seems like we’re getting better and better every week.”

With the big victory, the Mustangs improved their record to 5-2 on the season and remained perfect in regional play. Next week, Isabella hits the road for a date with Central Coosa in another regional game. That game comes before the regional finale, which will be a massive showdown at home against Luverne High School in a game that may decide the region champion.