A Journey of Remembrance 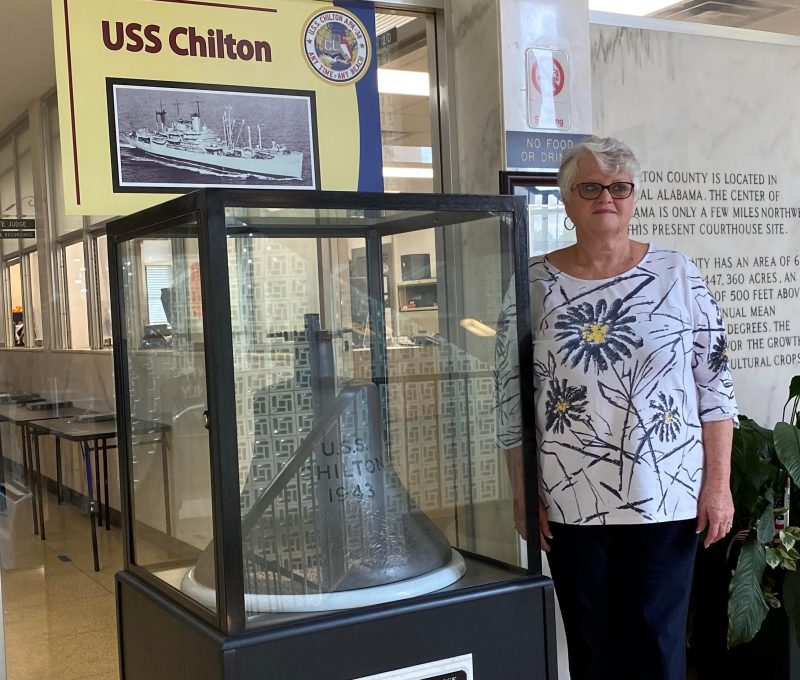 In March 1942, Fay Edward Rose answered the call of his nation to defend the United States against the military aggression of Nazi Germany and the Imperial Japanese government. The 20-year-old Iowa native enlisted in the United States Navy, becoming a Boatswains Mate in charge of a combat landing craft attached to the Auxiliary-Personnel-Attack vessel designated APA 38, the USS Chilton.

The crew of the USS Chilton adopted the motto “Any Beach, Any Time” to declare their readiness to deliver personnel to any combat zone in the Pacific Theater. During his three-year tour of duty on the USS Chilton, Rose served during one of the most ferocious naval campaigns of World War II — the invasion of Okinawa. On April 2, 1945, the Chilton and her crew survived multiple kamikaze attacks by Japanese aircraft and surface vessels.

For the remainder of his life, Rose seldom spoke of his wartime experiences. Following his death in 2002, his daughter Garnett Rose Petersen began to research the history of the USS Chilton to better understand the emotional impact the war had on her father, seeking information about the combat experiences her father never fully shared with his family. During her quest, Petersen discovered a newspaper article describing an effort in Chilton County to obtain the Commissioning Bell of the USS Chilton to honor those who had given their last full measure of devotion in defense of their country.

Garnett Petersen soon convinced her husband Danny to make the 1,000-mile trip from their home in Elk Horn, Iowa to visit the USS Chilton display in Clanton. Arriving at the Chilton County courthouse after a 14-hour journey, Petersen felt “overwhelmed” when she first saw the restored commissioning bell and display. During a tour of the display provided by County Administrator Sylvia Singleton, Petersen stated, “To see everything that has been done to honor the service of the ship and its crew is fantastic.”

Thinking of her father and his service on the USS Chilton, Petersen often found it impossible to withhold her emotions.

“Seeing this display and knowing the many hardships my father experienced as a member of the crew of the USS Chilton during the Second World War makes this visit extremely emotional for me,” she said. “It is difficult to explain what I’m feeling and what it means for me to be able to experience a part of his life.”

During her visit, Petersen not only shared memories of her father but personal mementoes he collected during his years on the USS Chilton. One of the most remarkable was a metal bracelet fashioned from the remnants of one of the Japanese kamikaze aircraft that exploded on the ship during the invasion of Okinawa. The bracelet is engraved with the notation “USS Chilton 4-2-45.” Other mementoes included his identification tag and a local newspaper article reporting on the commendation he received for “The cool, efficient and competent discharge of duties as a member of the landing boat group while under fire and repeated suicide air attacks, reflecting great credit upon yourself in accordance with the highest standards of the naval service.”

Visitors to the Chilton County Courthouse often view the USS Chilton Commissioning Bell display only as an artifact reminiscent of an important period of history. However, for the families of those who served on this proud vessel, the commissioning bell is much more than a relic of the past. It is a vital connection to the to the lives and legacies of fathers and brothers who formed an eternal bond forged in combat and who experienced events that many would never again discuss. They fought in the valiant hope that future generations would be spared the horror and heartbreak of war. Their efforts were and will remain the most precious gift of our greatest generation. The commissioning bell of the USS Chilton will continue to serve as a daily reminder of their heroic sacrifices and their dreams for our future.