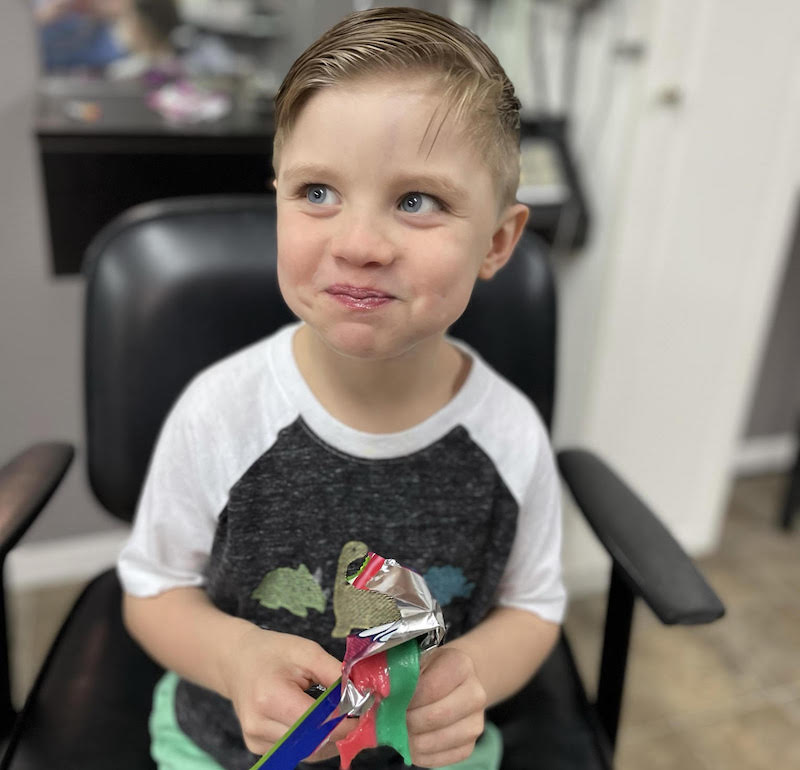 After celebrating Mother’s Day 2018 outside with his family, Daxton Cordell was bitten by a tick, which resulted in him contracting Rocky Mountain Spotted Fever.

Cordell was 14-months-old at the time, and spent much of the Mother’s Day weekend playing outside with his sister, Addie.

“We found the tick bite attached on the top of his head,” said Cordell’s mom Samantha Cordell. “Several days after being outside, he had a fever, decreased appetite and overall malaise. I am a registered nurse, so I had been tracking and treating him at home for the fever. This was until he started getting little red spots on his trunk and after a day or two it started really spreading outward to his arms and legs. The Sunday before Memorial Day, I called the after-hours clinic for his pediatrician to report his symptoms, and they told us to take him to the emergency room.”

Rocky Mountain Spotted Fever is a bacterial infection which is spread through a tick bite.

According to the CDC, a rash is a common sign with people who are sick with Rocky Mountain Spotted Fever (RSMF). The rash usually develops 2-4 days after a fever begins, and can vary over the course of the illness. Some rashes can look like red splotches and some can look like pinpoint dots. The CDC says that while almost all patients with RMSF will develop a rash, it often does not appear early in illness, which can make diagnosing RMSF difficult.

Initially, Cordell was treated for Kawasaki Disease. After he continued to decline, he was put on several antibiotics, steroids, and anti-fever medications, which led to him having a seizure and slipping into a coma which lasted for five days.

“We were in the hospital for 31 days straight,” Cordell said. “When he was discharged, he was completely blind and had to relearn to move his whole body. His speech and education have been delayed due to his vision impairment. He now has cortical vision impairment, which is due to brain damage secondary to RMSF. He can see some now, but we truly don’t know what his future holds.”

Cordell is now 4 years old, and his mom, Samantha, spends time trying to educate others about RMSF.

“I think some people don’t realize that is very common here,” Cordell said. “It is very important for people to take tick bites seriously. I share educational information and articles on social media. If I hear of a child with symptoms even remotely close to Daxton’s, I reach out to the parents and ask that they please ask questions about the possibility of RMSF, and always advise that they read about it on the CDC’s website.”

Oftentimes spotting a tick can be difficult, and Cordell said she found the one on her son’s head by washing his hair.

“I felt something, saw that it was a tick, and I panicked because I already hated any bugs, but definitely ticks,” Cordell said. “I yelled for my husband to come and get it, he got it with tweezers, and it was a small, brown tick that was attached, but not at all engorged.”

Cordell said due to RMSF being the deadliest tick-borne illness, if left untreated, she encourages those that may think they have contracted it to not delay treatments, while waiting for test results.

“Always trust your instincts,” Cordell said. “Do not be afraid to ask questions or say ‘no’ when you don’t feel good about something.”