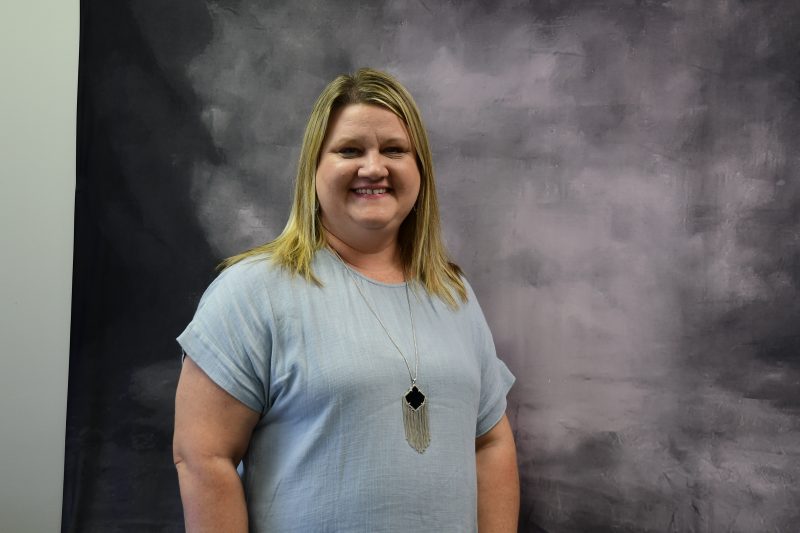 Jeannie Smith had lived in fear of cancer, but when it came God gave her peace. (JOYANNA LOVE/ ADVERTISER

A breast cancer diagnosis was no surprise for Jeannie Smith.

In fact, she had been expecting it for 13 years, ever since her mother passed away.

“My mom passed from breast cancer when she was 45,” Smith said. “I was 23 when she passed, and she had a very aggressive type of breast cancer.”

That was in 2000. Back then, Smith said genetic testing for cancer was not available.

“For 13 years, I waited and wondered because in my mind, I knew it wasn’t a matter of if, it was a matter of when,” Smith said.

She said she “lived in fear” and did daily self-examinations.

When health insurance companies started covering genetic testing for the BRCA1 mutation linked to breast cancer, Smith had it done.

She was tested in August 2014, which confirmed she had the BRCA1 mutation. Once this was confirmed, Smith began the process to have preventive surgery — a double mastectomy. Smith said those with the mutation have an 87% chance of developing breast cancer in their lifetime, “compared to the normal population of 11% in their lifetime.”

Knowing how she had anticipated being diagnosed with cancer, her husband and family were supportive of the decision.

Three weeks before the surgery, she had a normal mammogram, but she said tumors often do not show up on a typical mammogram for younger women who have dense breasts.

As a part of routine pre-surgery procedures, a breast MRI was done.

When the phone rang soon after, she knew before she answered that it would be the doctor telling her she had cancer.

Her children were ages 16, 10 and 9 when she was diagnosed. Smith said she was afraid that her children would have to go through what she had, losing her mom to cancer.

“I was bitter, angry,” Smith said. “Cancer had already taken so much from me.”

However, after a few days, she said God gave her peace.

“I woke up the morning of the biopsy in total calmness,” Smith said.

She took a sheet of scripture verses with her to help.

Throughout her 13 years of wondering, Smith said she was “able to be educated and be very proactive about my health because of the American Cancer Society.”

Smith was a volunteer with the Relay For Life of Chilton County, prior to becoming a staff member with the organization.

“After mom died, I needed to do something to deal with the grief, something to give back or fight back for her … make her death mean something,” Smith said.

She said she “fell in love” with Relay for Life. Later, she worked in various positions for ACS moving into management until 2020.

The organization helped her to know her risk factors and keep up with research “and know what I needed to do to stay ahead of the game.”

“There was even a researcher that was funded by the American Cancer Society that discovered the BRCA gene,” Smith said.

Smith had the planned surgery, but now she also had to do four rounds of chemotherapy. Smith said because her cancer was in stage one, and she had a mastectomy, she was uncertain they would do chemotherapy. However, she wanted to have it done just to give her the best chance.

“I knew I did not want to be facing this later on,” Smith said. “I wanted to hit it head on while we had the best chance possible of taking care of everything.”

She wrote out three pages of reasons why she wanted it, but did not need it because her doctor had already decided chemotherapy would be a good option.

Smith had the surgery to remove her breasts and DIEP reconstructive surgery on the same day.

She explained that this type of reconstructive surgery takes “fatty tissue and vessels and veins from your abdomen and use it to make your breast.”

“At the time there were only about 80 doctors in the U.S. that were able to do that type of surgery … I chose that because it meant no implants, and it meant not having to have repeat MRIs every so many years,” Smith said.

Since her cancer was estrogen fed, Smith knew she was at a higher risk of ovarian cancer, so she had a hysterotomy.

She now takes an anti-cancer pill that she will have to take for a total of 10 years.

She has also had some skin cancer treated in that time.

Smith said her cancer journey was turned into a blessing.

“I am much stronger now than I ever thought I could be,” Smith said. “I have drawn closer to my Savior, stronger in my faith. I have been given the opportunity, especially when I was with the American Cancer Society to talk with newly diagnosed patients and caregivers. I had been in both of those roles, so I could relate … the opportunity to be that voice of hope.”

She said the technology and research has come so far from when her mother was diagnosed, and today, a breast cancer diagnosis does not have to be the end.