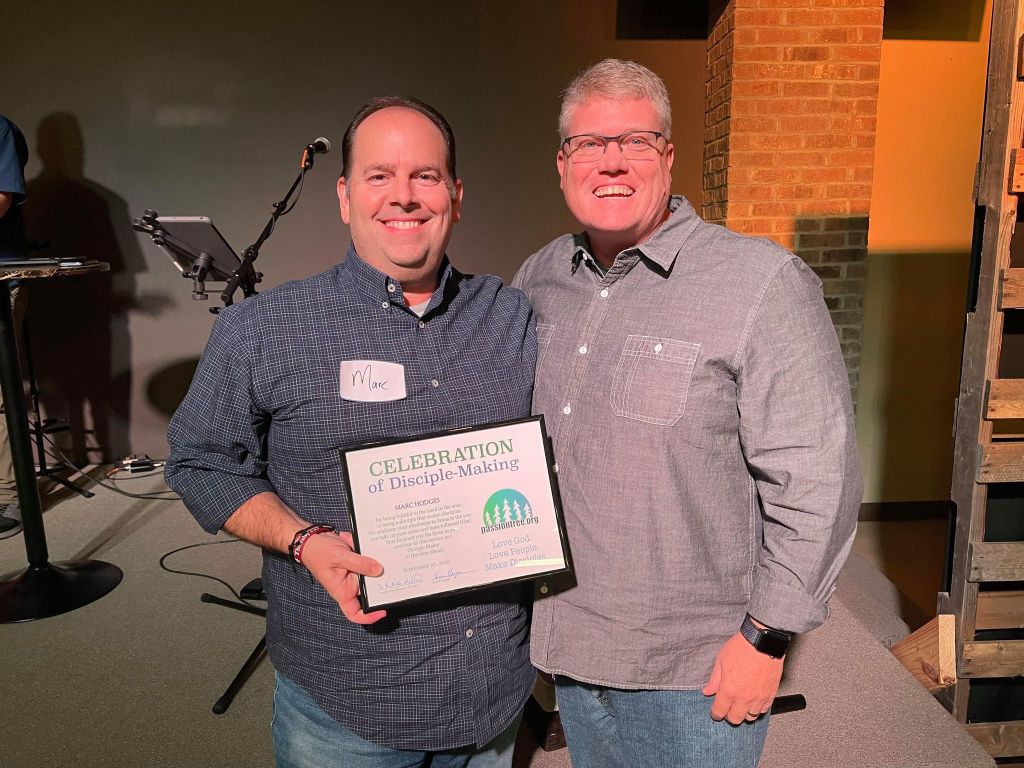 The award was presented at Passiontree’s annual round table of pastors focused on making disciples at Crossroads Community Church in Elmore.

“It was pretty neat to be recognized,” Hodges said.

While some of the staff at Thorsby First Baptist knew Hodges was going to receive the award, it came as a complete surprise to him. Hodges’s wife Tricia and youngest daughter also surprised Hodges by coming to that portion of the event to see him recognized.

“Being a disciple of Jesus and making disciples of Jesus is our passion, not just mine, but our church’s … we are just passionate about helping people grow in their faith,” Hodges said.

The award recipient is decided by the leadership of Passiontree and was based on the good things they had seen happening at Thorsby First Baptist via the church’s Facebook.

“We have a great team that work well together,” Hodges said. “I don’t think I would have been nominated or selected if it were not for those around us … we try to do church as a team, this is definitely not about one person. We want to learn from each other (and) encourage one another. It may have been an award with my name on it, but it was definitely because of the people here who are working hard to be disciples that make disciples.”

He described Passiontree Disciple Making Ministries as a network of churches that began at Crossroads Community Church in connection with the Alabama State Board of Missions.

It has since grown to include churches beyond Alabama. The round table event featured speakers from several states.