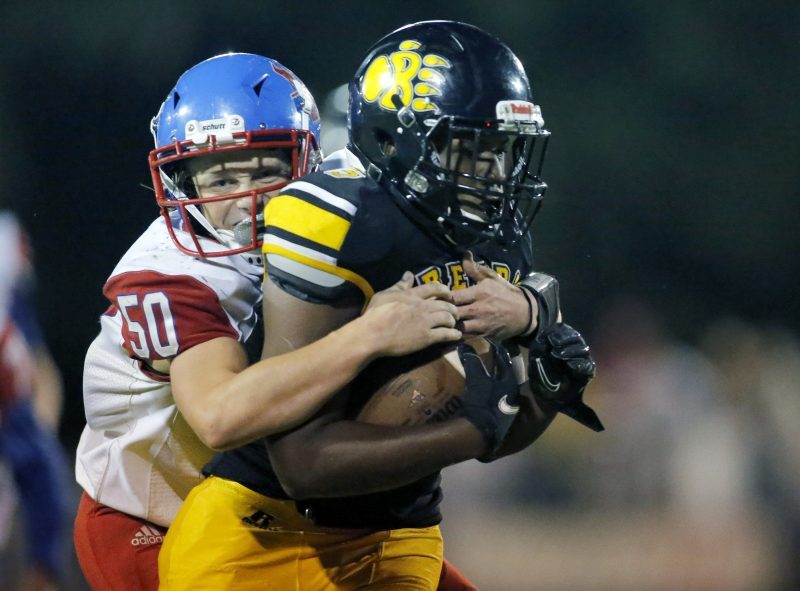 Verbena will look to get its fifth win of the season this week when the Red Devils face off against Billingsley. The Bears will try to break a five-game losing streak. (FILE)

The second half of the season is underway, and the teams in Chilton County are continuing regional play this week.

With many teams still having a lot to play for, here are the matchups each will try to win in week seven.

Billingsley High School travels to Verbena this week in the only matchup between local teams. The Red Devils have won two straight games and will look to make it three against a Bears team that is currently riding a five-game losing streak.

Not much has gone right for Billingsley this season, as all of the Bears’ losses in 2021 have been by 26 points or more.

They will face a tough task in stopping a Verbena attack that has been stout for most of the season. The Red Devils come into the game averaging nearly 32 points per game. Quarterback DJ Jackson has played a large role in Verbena’s four wins, and if the Bears have any hope of winning the game, they will need to slow him down.

Following a big home win over Shelby County, Chilton County High School is on the road this week for a very tough game against Helena High School. The Huskies are undefeated, and are currently in first place in the Tigers’ region.

CCHS will have to rise to the occasion to slow down what has been a lethal offense this season for the Huskies. Helena comes into the match averaging over 35 points per game. The Tigers’ defense has held its ground most of the year, giving up just over 19 points per game, but the unit will have to be nearly perfect to contain Helena.

On offense, CCHS has been inconsistent for much of the year. The passing game found a spark in the team’s loss to Stanhope Elmore, and they carried it over in the win over Shelby County. Quarterback Cannon Miller and the rest of the unit will try to keep momentum going against a Helena defense that is giving up an average of 15.5 points per game, but has allowed 69 points in the last two games.

Isabella will visit Highland Home in week seven, hoping to extend its three-game win streak. Highland Home, meanwhile, will look to end a two-game losing streak and improve its regional record to 3-1.

The Mustangs are coming off another impressive win in week six. Isabella knocked off Billingsley by a score of 45-8. This week, Isabella returns to regional play and will look to keep its regional record perfect and move to 3-0 on the season.

Highland Home will face a tough task in slowing down an Isabella offense that has been outstanding as of late. The Flying Squadron’s defense has given up over 40 points in three of the team’s last four games. Stopping a Mustangs unit led by running back Zac Chapman will be difficult, but will be necessary for Highland Home to win.

Thorsby will be looking to get back in the win column in week seven following a disappointing loss at home to Prattville Christian Academy. Francis Marion is looking to bounce back as well following a lopsided loss to Autaugaville.

The Rebels will look to pass the Rams in the regional standings this week, as Francis Marion is currently ahead of Thorsby with its 2-1 regional record. Thorsby’s regional record currently stands at 1-1.

Each will look to get things established on offense. The Rebels had a disappointing performance on offense against PCA, scoring just 16 points after averaging 36 points per game in their first three games.

The Rams have had a lot of offensive success in their victories, scoring 34 or more points in their two wins.

It will be up to Thorsby’s defense, a unit that gives up an average of just over 10 points per game, to help get the Rebels back on track.

Jemison enters week seven still in search of its first win this season. The Panthers will head to Selma this week to try to get it.

The Saints will be a tough matchup for the Panthers as they boast a defense that has had a lot of success in recent weeks. After the unit struggled in the early portion of the season, it has found itself, giving up just 20 points per game in the last four weeks.

Jemison’s offense has had struggles in the team’s five games. They are currently averaging 13 points per game, and only scored one touchdown a week ago against Maplesville. The defense scored once as well in the team’s 47-13 loss.

While Jemison is currently 0-2 in regional play, the Panthers have a chance to move to a tie with the Saints in the regional standings, as Selma currently has a 1-1 regional record.