Athlete of the week: Harrison leads Maplesville offense in win over Jemison 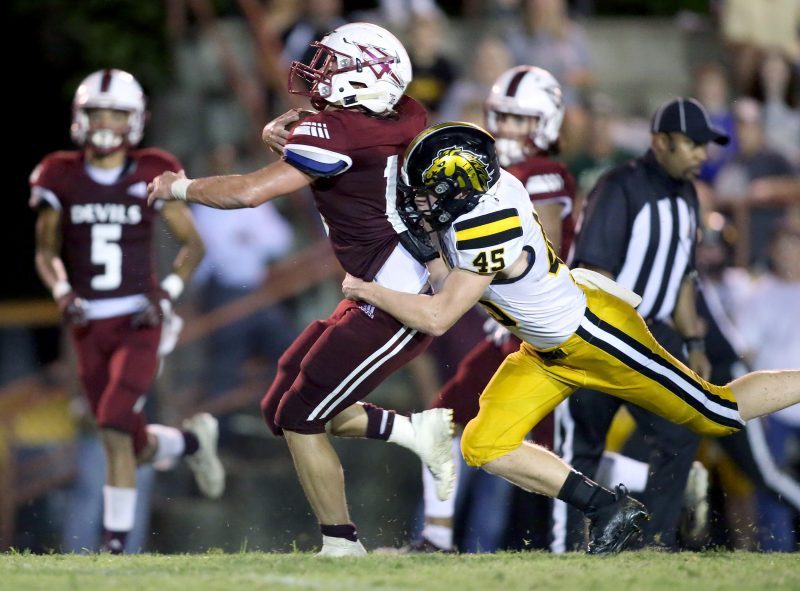 Maplesville running back Brady Harrison was sensational in the team’s victory over Jemison High School on Sept. 23. Harrison totaled 218 all-purpose yards and three touchdowns in the game. (FILE)

Maplesville High School running back Brady Harrison is this week’s athlete of the week.

Harrison was sensational in the Red Devils’ victory over Jemison High School on Sept. 23. The senior led an offense that had 459 yards of total offense and scored 47 points.

Another week, another big game from Chapman for the Mustangs. Isabella High School’s star running back had a fantastic performance in the team’s win over Billingsley High School.

Chapman had 211 rushing yards in the game while scoring four times. He totaled those yards off 16 carries, averaging over 13 yards per rush. He also contributed in the passing game, gaining 73 yards off two receptions in the 45-8 victory.