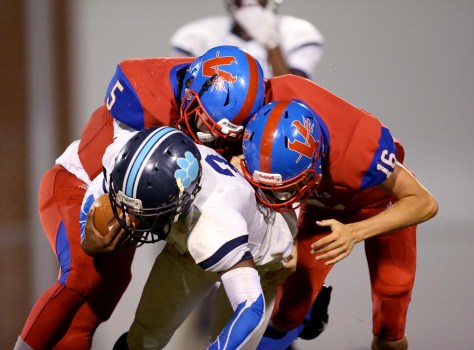 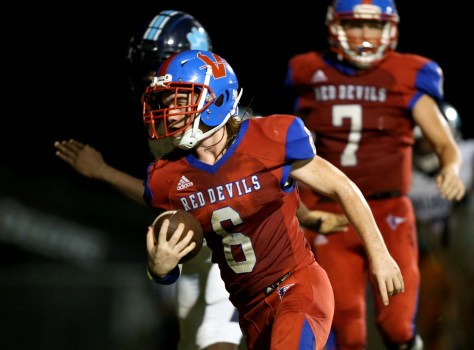 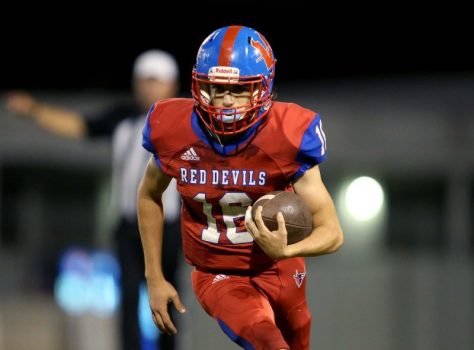 The Verbena Red Devils varsity football team celebrated a happy homecoming on Sept. 24 thanks to a 40-16 victory over Calhoun High School.

Verbena struck first and struck often during the contest, getting things started by taking its opening possession 67 yards.         They capped the drive with a 10-yard touchdown run by DJ Jackson to take an early 6-0 lead.

The visiting Tigers’ first possession of the contest came to a stall on fourth and 24 at their own 20-yard line. The Red Devils jumped on Calhoun’s punt on the play, blocking it to get possession deep in Calhoun territory. Three plays later, Jacob Morris scored from 14 yards out to get the score to 12-0 in favor of Verbena.

Both teams exchanged a pair of scoreless possessions as action moved to the second quarter. Verbena quarterback DJ Jackson got the Red Devils back on the board though, connecting with Johnathan Marino for a 45-yard touchdown pass to make it 18-0 Red Devils. Verbena was not done putting points on the board in the first half as Jackson and Marino hooked up once again, this time from 60 yards out to increase Verbena’s lead to 26-0 at halftime.

The first possession of the second half saw the Tigers get on the board for the first time in the game thanks to a 65-yard scoring drive that ended on a three-yard touchdown run, cutting the score to 26-8 midway through the third quarter. Verbena answered right back, however, as a four-yard touchdown run by Ethan Dopson finished a 60-yard scoring drive that put the Red Devils up 32-8.

A 28-yard touchdown strike to Adrian Moorer cut into the Verbena lead, but Marino hauled in his third touchdown reception of the night soon after, bringing the game to its final score of 40-16 in favor of the Red Devils.