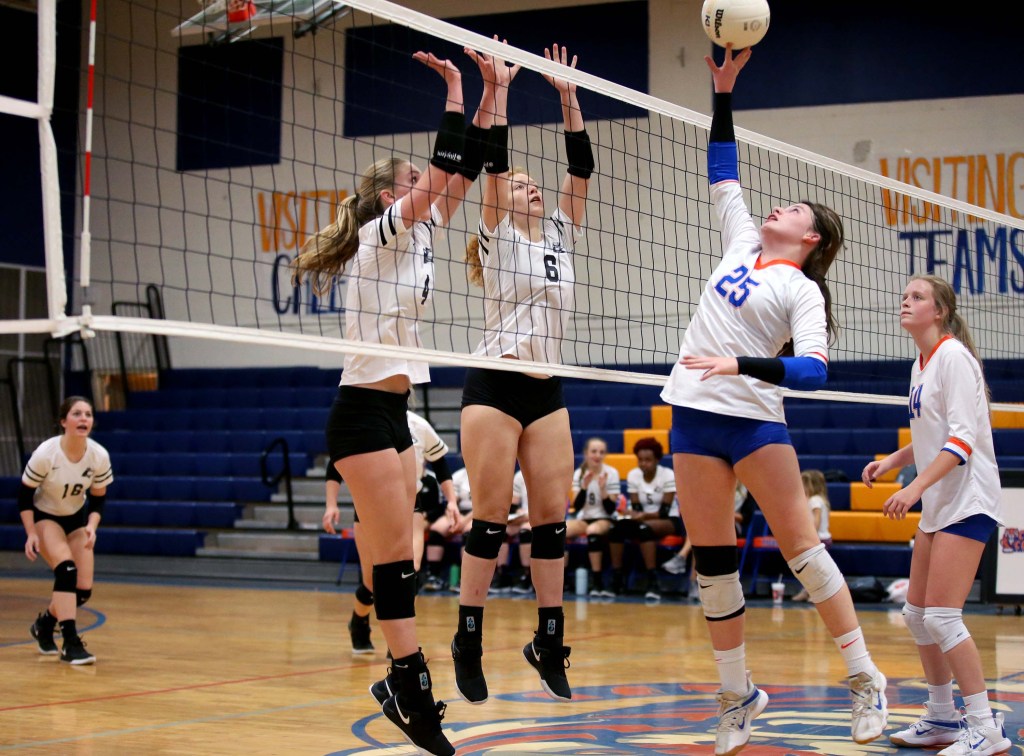 The evening’s matchup got off to a bit of a bumpy start from the get go as the Huskies jumped out to an early 5-0 lead behind the serving of Katie Gutierrez early in the first set. The Tigers cut the lead to two before another five-point run by Helena put the Huskies out in front 13-6. Helena maintained a seven-point lead as Gutierrez again took over serving duties and led a six-point run as the visiting Huskies cruised to a first set victory 25-10.

Set two began with the Tigers again finding themselves in an early hole as a 7-0 run by Helena put Chilton County on the short end of a 7-2 score. The Huskies lead grew to seven before another run by Helena would make it a 10-point game. One final kill by the Huskies stole a 25-15 second set win.

The Tigers made set three a bit more interesting as Marlee Hardee and Sara Newton combined, giving the Tigers an early 3-0 lead. Helena answered with a run of their own to tie the game at four, but Macey Pierce took over serving duties for Chilton to lead a four-point run to give the Tigers a 9-6 lead. The lead was short-lived, however, as a five-point run by Helena gave the Huskies a two-point lead, and shortly after extended their lead to five thanks to another run. The Tigers later cut the lead to two, but with Helena holding serving duties, a final kill by the Huskies capped a 25-22 set three win and a three-sets-to-none victory over the Tigers.