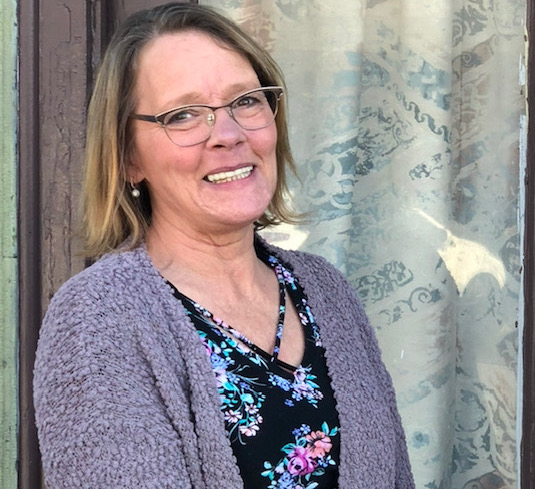 Margaret Johnson, owner of Rustique Relics, passed away on Sept. 19 after a short battle with lung cancer that spread throughout her body. (MELISSA BAKER/ CONTRIBUTED)

Rustique Relics owner Margaret Johnson, 54, died on Sept. 19 after battling cancer since May.

Daughter Melissa Baker said stage 4 cancer had been found in Johnson’s lungs, but it spread to her bones and other parts of her body.

The store closed for a few days as the family grieved. The funeral was held on Sept. 22.

Baker and her husband Rodney had become fully involved in the store in 2020 and will be taking the reins to continue Johnson’s legacy.

“I want it to keep going,” Michelle Baker said “I want to keep her memory in the store, but just keep growing it. I know that is what she would want.”

Rodney Baker said Johnson had asked them to become more involved in the store, so she would have more time to look for antiques and vintage treasures, which she really enjoyed.

“She could see the beauty in something,” Rodney Baker said.

He and Johnson’s husband Mark were often recruited to help in restoring items she found.

“Mark was always in the shop fixing something that she could see,” Melissa Baker said. “She had a vision. Mark would create it for her.”

Johnson was born in St. Clair County. After moving to Chilton County, she lived in Clanton and Jemison.

“She always had a booth somewhere. She was always finding stuff and fixing stuff, redoing stuff,” Melissa Baker said. “She has always been good at that.”

In 2015, Johnson used her love of antiques and prior business experience to open Rustique Relics, giving local antique and vintage items enthusiasts a place to shop or have a booth.

“She loved her friends and her family, the customers,” Rodney Baker said.

“As soon as they came in the door, the vendors immediately turned into family,” Melissa Baker said.

The Bakers said the store was how Johnson coped with the death of her daughter.

It outgrew the original location in a year. The store moved to a dominant corner in downtown Clanton and continued to grow. Johnson also had the store added to the Alabama Antique Trail.

Johnson passed this interest on to her six grandchildren. The oldest granddaughter already has a sales booth at Rustique Relics at the age of 17.

“She taught her the ropes, taught her how to do stuff,” Melissa Baker said. “… She was always willing to teach people … help their booth, help their business.”

“She would lay out stuff on the counter and put it all together,” he said.

Melissa Baker recounted how customers would bring in a photo of a spot they wanted to decorate, and “she would be all over the store” finding things that would look good together in the space.