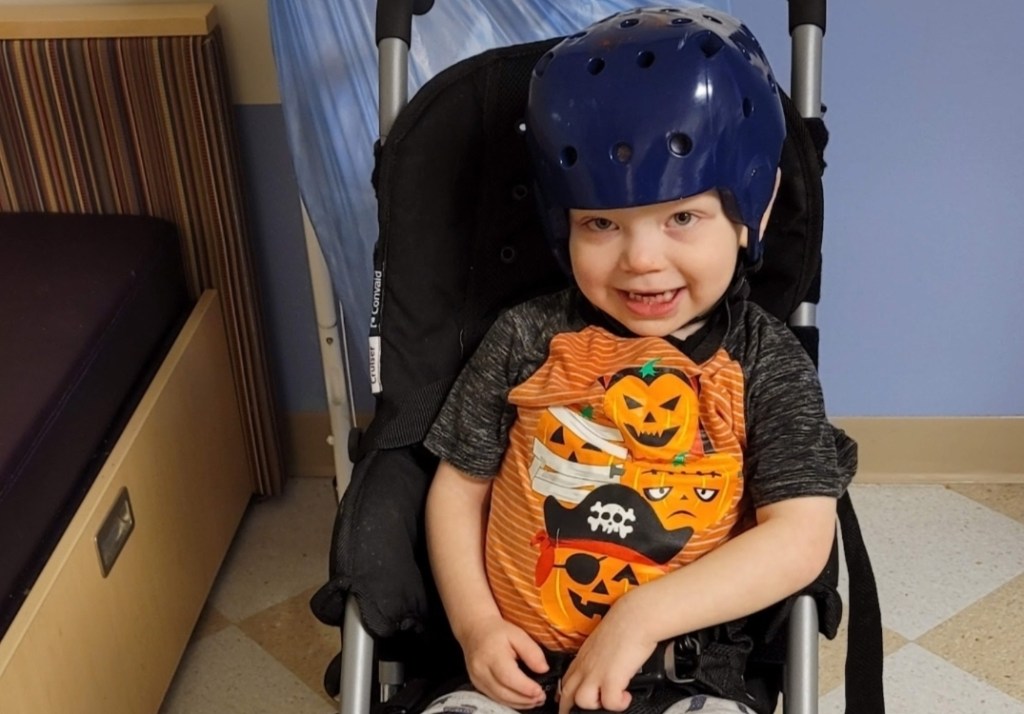 Elon Marler from Jemison is scheduled to have brain surgery on Sept. 28. (ISABELLA MARLER/ CONTRIBUTED)

The Marler family from Jemison is raising funds to help offset medical bills and pay usual expenses as they prepare for three-year-old Elon to have brain surgery as a measure to stop his frequent seizures.

“Surgery is really our last hope at normalcy for him, or at least some decreased seizures,” Elon’s mom Isabella Marler said.

A “Elons brain surgery” GoFundMe page has been set up with a goal of raising $5,000.

“We will not be able to work two weeks before the surgery (because of required quarantine),” Marler said. “… The money we are raising is so we can keep ourselves afloat and pay any hospital bills that accrue after this surgery.”

Marler said Elon had up to seven doctor’s appointment a week sometimes.

“We have lost our home two or three times now … we have been bouncing around places trying to find specialists for him,” Isabella Marler said.

Marler said Elon was diagnosed with Dravet Syndrome, a rare form of epilepsy, when he was eight months old. The frequency of the seizures increased to the point he was having hundreds a day.

Doctors had been watching Elon for seizures because he had been born with the umbilical cord wrapped around his neck.

“His first seizure lasted an hour and 45 minutes,” Marler said. “It was crazy. He was transferred to Children’s of Alabama. They thought that was the reason at first that he was having seizures, because of his traumatic birth, but (the seizures) just continued. He had about 300 a day for the first few months. The did genetic testing on him, and they found the SBN1A gene mutation, which (led) to the diagnosis of Dravet Syndrome.”

After numerous treatments and being put on medications, Elon is scheduled for split brain surgery on Sept. 28.

The surgery will “slow the pathways between the two sides of the brain” in an effort to stop the seizures, Marler said.

Isabella and her husband Jonathan moved their family to Illinois to see a doctor that specializes in Dravet Syndrome, and the surgery will be in Missouri.

Elon is expected to be unable to walk or talk for up to six weeks, two of which he will have to spend in the hospital. After that time, he is expected to regain these functions.

Donations can be made at gofundme.com/f/Elonsupport or on Cashapp to $IsabellaMarler.