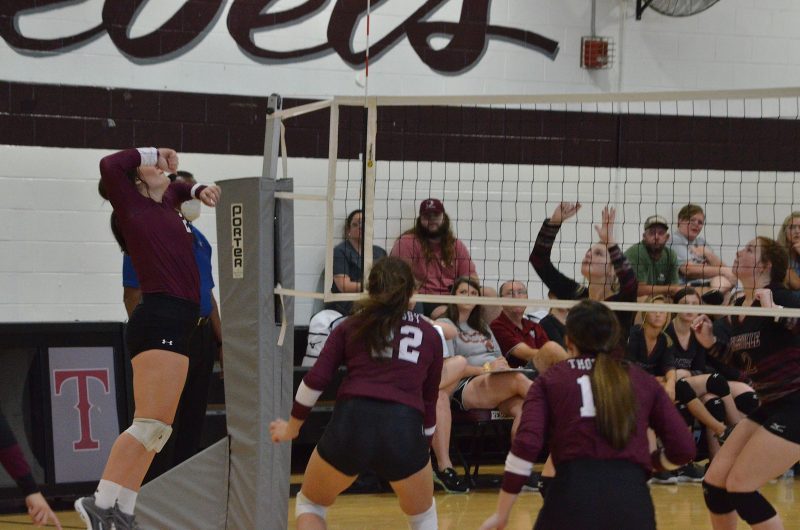 Thorsby High School’s varsity volleyball team beat Billingsley High School in a match on Sept. 16. The Rebels beat the Bears in three sets to improve their record to 4-3 on the year.

Thorsby kicked things off with a first set victory against Billingsley. They took the set by a score of 25-18.

Despite winning the set, head coach Hollie Brown was not satisfied with the performance.

“We were hitting the ball out a lot,” Brown said. “… We weren’t limiting our mistakes, and I had that conversation before the second set. I was like ‘Look, volleyball is a game of errors. We talk about this every game, but we don’t want to be the ones making the errors.’”

In the next two sets, the Rebels adjusted and avoided the errors that nearly cost them in the first set. They won by scores of 25-17 and 25-20, taking the match after just three sets.

“They worked really hard to minimize their errors and just play smart,” Brown said. “They’re getting better with it every game.”

Lindsey Burnett led the way for the Rebels. She had four kills, 11 assists and four digs on the night. Emily Parker also had an impressive game against Billingsley, collecting nine kills.