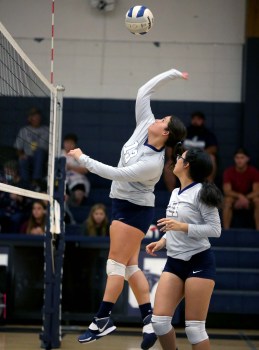 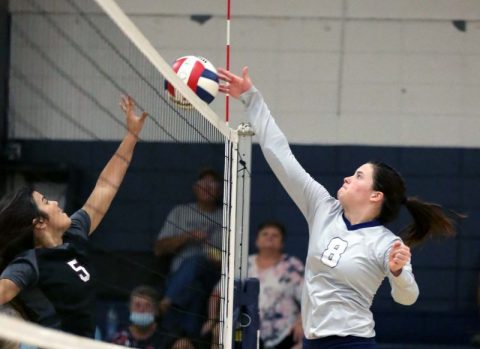 Set one of the game began as a back-and-forth affair as neither team managed more than a two-point lead. With the score tied at 14, Emily Melchor took over serving duties for Jemison and they went on a 4-0 run to take an 18-14 lead. The lead was short-lived, however, as Elmore County answered with a run of their own, and came back to take a 25-21 victory in set one.

Elmore County maintained the momentum to start set two, and opened the match with an 11-8 lead before Makalah took over serving duties for Jemison. Following a pair of aces and a kill by Jaclyn Lowery, Jemison ended a 7-0 run with a 14-11 lead. Two kills by Kinsley Martin catapulted another 6-0 run by Jemison as they went on to take the set two victory 24-14.

Set four began much like the prior three, with Jemison in an early hole as Elmore County jumped out to an early 7-0 lead. Another 6-0 run later by Elmore County extended their lead to 10, but it was later cut to just three points thanks to the serving of Skinner and Melchor. Elmore County took over serving duties with a 23-19 lead, and thanks to two consecutive points, took a set four victory, 25-19.

The fifth and final set continued the night’s trend as Jemison found themselves again in an early hole. Trailing 10-4, Kinsley Martin took over serving duties and brought Jemison to within four points, but Elmore County answered with a run of their own. Jemison cut the lead again to four, but with Elmore County holding a 14-11 lead, one final point by the visiting team gave the visiting Elmore County a fifth set victory and a match win, three sets to two.