The Frozen Goat opens in Clanton 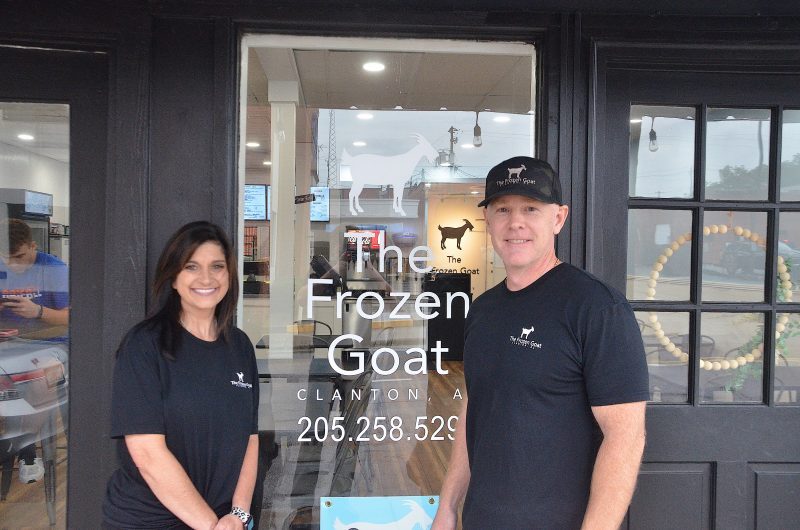 As a boy, Aaron Hilyer would always say that goats were miracles.

His mother, Nicole Fuller, never knew why. The word goat was thrown around quite often by Aaron and other family members when he was growing up.

His grandfather called him “Goat Boy” when he wrestled as a child, a name taken from a Saturday Night Live skit.

Sadly, Aaron’s life was taken in a car accident in 2006 when he was just 17 years old. However, he still remains apart of Fuller’s life. The new restaurant she and her husband Nate Fuller have opened in Clanton, The Frozen Goat, is inspired by him.

The restaurant has been open since the beginning of August. Inside, one will see walls painted baby blue, a tribute to the baby blue Converse that Aaron had growing up.

“This to me, every time I come in here … it’s always just a little reminder that I still have him around,” Nicole Fuller said.

The main food at the restaurant is chicken salad and sandwiches, but they also have soft serve ice cream for those with a sweet tooth.

So far, the restaurant has been very well received in Clanton.

Their most popular dish is called The Original Goat, also known as The O.G. It is a chicken salad that includes cheddar cheese, bacon and a special blend of spices. It is the Fuller’s original recipe that is the base for all their other chicken salad dishes.

“It’s what got the whole thing started,” Nate Fuller said.

Going forward, the Fullers hope more people come in to make their restaurant a hit.

“We just want everybody to come out to enjoy it,” Nicole Fuller said. “Give it a try, bring your kids.”

The Frozen Goat is located at 211 Seventh St. S. in Clanton. Their hours of operation are 11 a.m. to 7 pm. Monday through Saturday. They are closed on Sundays.