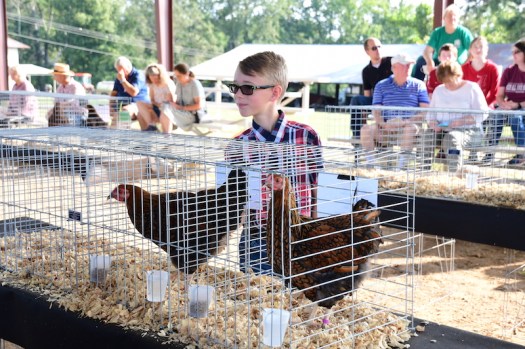 Thomas Elliott stands with the chickens he and his brother Jackson raised. (JOYANNA LOVE/ ADVERTISER) 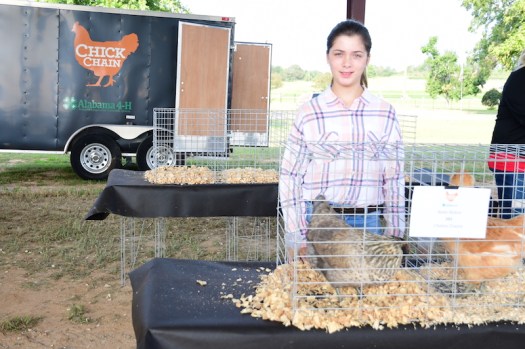 Abby Hollon enjoyed training her chickens to walk up and down stairs. (JOYANNA LOVE/ ADVERTISER) 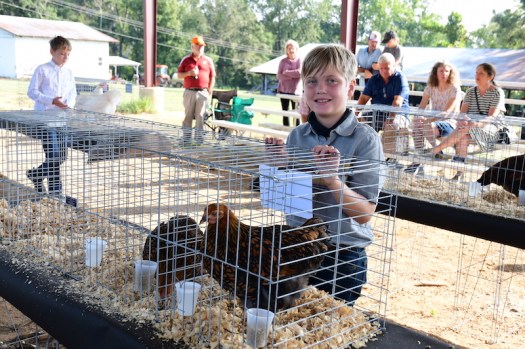 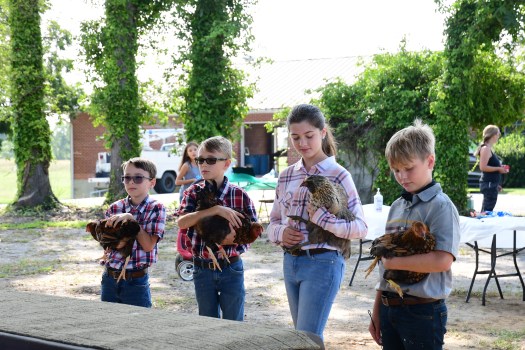 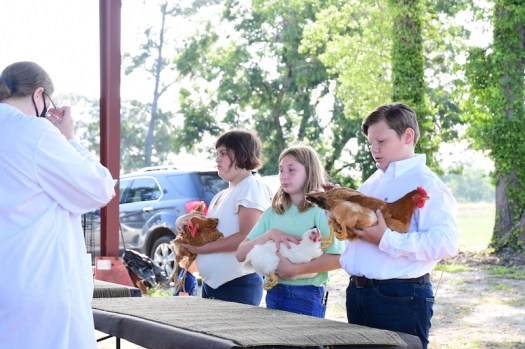 The team from Bibb county shows their chickens. 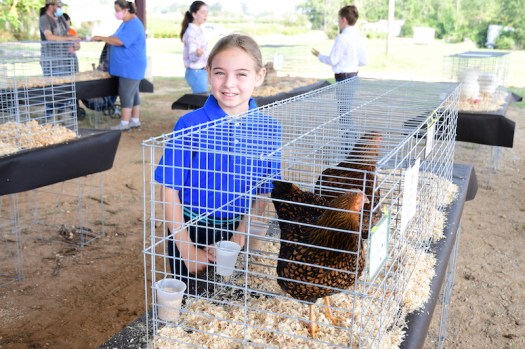 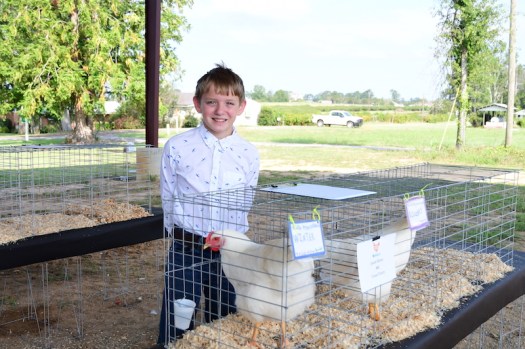 Students from Coosa and Bibb counties also participated in the event.

The event was a chance for the students to show how well they have cared for their chickens and what they had learned during the Chick Chain program.

Students were judged on showmanship and quality of the bird based on breed.

Each student also completed a record of their care for the animals, took a test and answered questions as a part of the competition.

He said he enjoyed taking care of the chickens and learning “how to properly hold a chicken.”

Thomas Elliott, a sixth-grade student, placed first in the Showmanship Division and second for his record book.

“I wanted to learn how to sell my birds and how … to be a showman,” Thomas Elliott said. “I have enjoyed having chickens and being able to raise them and learning to show them.”

He also taught the chicken to jump onto his arm by putting his arm under it when it was on his lap.

“I wanted to do my own eggs, and I wanted to learn about chickens,” Abby Hollon, a fifth-grade student, said of her participation.

She has most enjoyed training her chickens to walk up and down stairs and to turn their head a certain way.

Jackson Elliott, a third-grade student, wanted to participate in the program “to learn to show my chicken.” He said he enjoyed teaching his chicken to come to him by spending time with it.

“I think my favorite part is seeing the confidence that the 4-Hers develop as they raise their livestock project,” Janet Lovelady of Chilton County and Coosa 4-H said. “That confidence carries over into some of their other 4-H and extracurricular activities.”

Each of the students representing Chilton County was a part of the 4-H club for home-schooled students.

Parents, coaches and friends sat in the stands as the students were judged. After the judging, everyone had an opportunity to bid on the birds.

“It’s a great program for the youth, and I enjoy coming out,” attendee Danny Eiland, who has 43 years of experience in the poultry industry said.

He said the program gives students the opportunity to explore the industry.