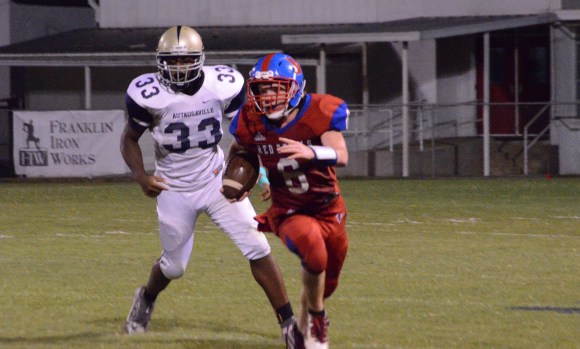 The Red Devils were able to break through on offense in the second half, scoring twice after being shut out in the first half against Autaugaville. (ZACHARY SEIFTER/ ADVERTISER) 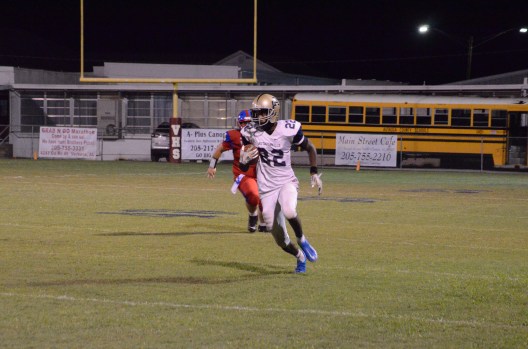 Autaugaville blew the game open in the second quarter against Verbena, scoring three touchdowns to take a 27-0 lead into halftime. (ZACHARY SEIFTER/ ADVERTISER) 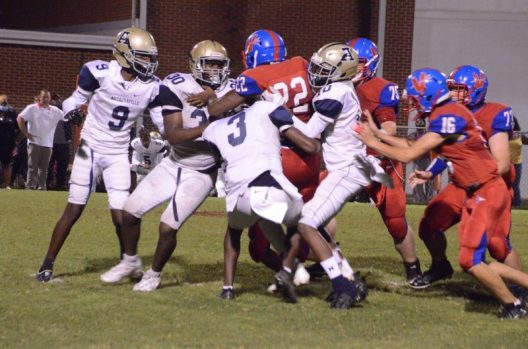 Verbena High School fell at the hands of Autaugaville High School in its first regional game of the season on Sept. 10. The Red Devils lost by a score of 41-12.

Verbena came ready to play in the first quarter, starting the game off with a strong defensive stand. However, missed opportunities in the first half on offense, as well as the defense not having an answer for the Eagles passing game allowed Autaugaville to blow the game open. They took a 27-0 lead into halftime.

“We’ve got to get more consistent in what we do,” Verbena head coach Allen Brothers said. “We did have a few drives … go pretty deep, and we just could not (finish). Once we get behind the chains, it’s really difficult for us being a young team to know how disciplined it takes to continue to move the ball.”

In the second half, the Red Devils were determined to get back into the game. They opened up with two big plays on offense, allowing them to score their first touchdown of the game on an 18-yard run by DJ Jackson.

The defense came up with some key stops, including recovering a fumble deep in their own territory to stop an Autaugaville drive.

However, despite a second touchdown by Jackson on a throw from Ethan Hand, the hole dug in the first half was too deep for Verbena to overcome.

There was plenty of effort though, and no quit from Brothers’ squad.

“I just challenged the guys and said ‘Hey, let’s go win the second half, let’s not quit,’” Brothers said. “… I just told them ‘Keep fighting hard and let’s see if we can put some points on the board,’ and we were able to put a couple touchdowns in.”

The Red Devils will go right back to regional play next week as they travel to Barbour County High School to take on the Jaguars. Brothers is hoping for a better showing in that game, and will attempt to get his team back over .500.

“We haven’t won a regional game in a few years,” Brothers said. “… We have a chance next week to get back on the winning side, and like I told the kids, you’ve just got to go to work. Rome wasn’t built in a day.”