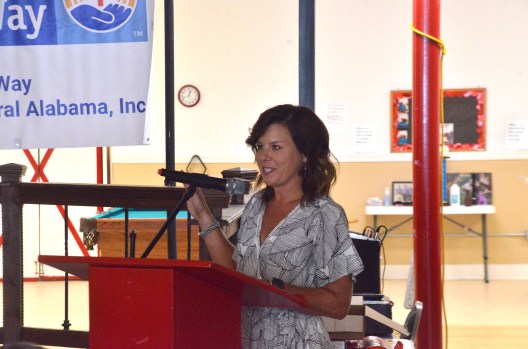 Lori Patterson was the keynote speaker at the campaign kickoff for United Way of Central Alabama. (ZACHARY SEIFTER/ ADVERTISER) 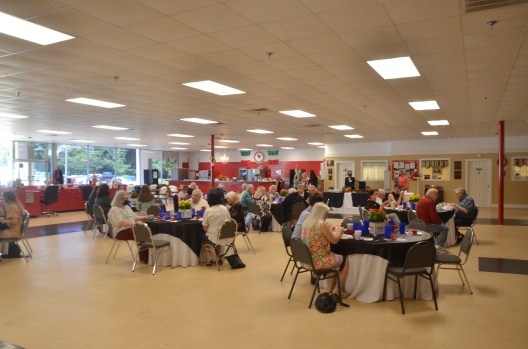 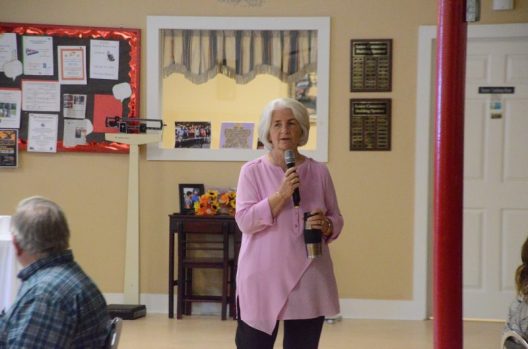 United Way of Central Alabama board member Yolanda Fox let donors at the event know how appreciated they are and that their generous donations are going to go a long way in the upcoming year.

Fox also thanked all of the people who volunteered with United Way as well as other nonprofits throughout the year.

“Chilton County is a great volunteer county,” Fox said. “I’ve never asked for anything with United Way that I needed volunteers … (and) didn’t have more than enough stand up and say ‘Hey, I’m here.’”

YMCA of Chilton County CEO Lori Patterson was the keynote speaker at the event. She spoke about how helpful the United Way has been over the years when it comes to supporting local nonprofits.

“They agree to continue to fund the agencies that are local,” Patterson said. “… We are recipients of that money. But on top of that, they bestowed upon us the opportunity to apply for additional grant money.”

While United Way of Central Alabama provides so much help to local nonprofits, Fox thinks they will be able to do so much more in the future. There has been a lot of great work done since counties merged to form the organization earlier this year, but Fox expects the organization to grow.

“I see United Way expanding and getting more and more people involved,” Fox said. “… I look forward to us doing things united. That’s what we are.”