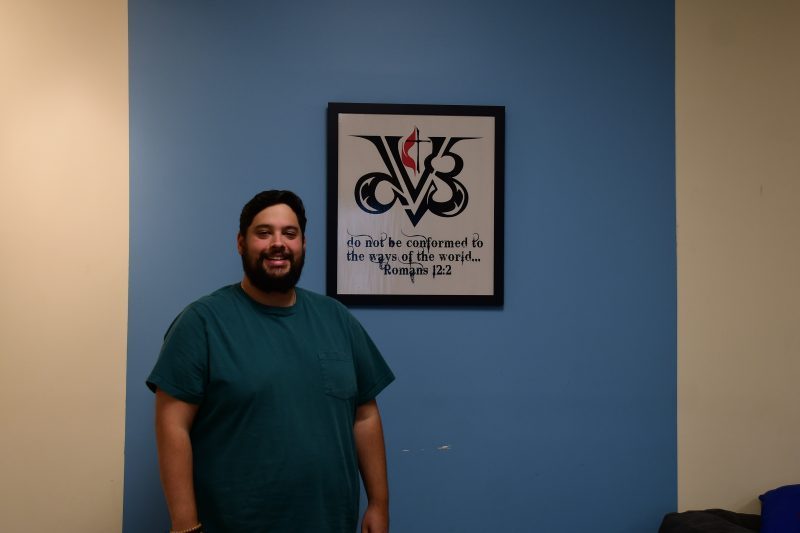 Velasquez, who lives in Verbena, started in the role in August.

The job has a special meaning to Velasquez because he attended FUMC and the youth group when he was growing up.

“I want to be able to give the kids what I had when I was here,” Velasquez said. “That is the big thing I am excited about.”

Velasquez said when he saw that the position was going to be open, he wondered whether he should apply.

He was already in worship ministry at Mulberry Baptist Church. Velasquez said he really enjoyed working there, but was looking for a full-time position.

Several friends encouraged him to apply for the FUMC youth pastor position.

He prayed for direction, then made the decision to apply.

“I looked at it and I was like, this would be really great to be able to go back and be a part of the youth group that helped shape me into who I am today,” Velasquez said. “It has just been really cool coming back and getting to be a part of it.”

Velasquez had served in music ministry, both volunteering or as a paid staff member, for nearly three years.

“This is my first time as a youth minister,” Velasquez said. “It has been one of the craziest yet greatest things that I have been a part of.”

Building relationships with youth and other members of the church is what he enjoys most about the position.

He said he hopes to see the group grow to pre-COVID-19 numbers and beyond.

“I would love to build something that is not only big for this church, but also big for God and for this county,” Velasquez said.

Velasquez is a graduate of Chiton County High School and Auburn University, where he received a bachelor’s degree in interdisciplinary studies with an emphasis in business and nonprofit.

In college, he began serving in worship ministry and felt it was something he wanted to continue doing.

After college graduation, he married Mary Katherine, and the couple continued to live in Auburn until his job with the Boy Scouts of America required him to move to Chilton County.

“This was the district that I was technically over, so it all kind of worked out,” Velasquez said.

The move also put the couple closer to both of their families, which the couple has enjoyed.