Athlete of the week: Kendrick shines in Isabella’s first win of the season 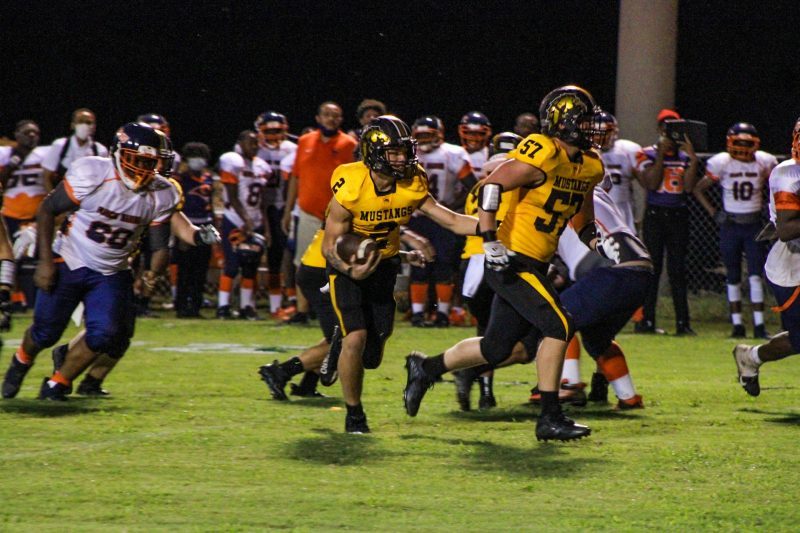 Isabella quarterback Eli Kendrick played a phenomenal game in the team’s win over Francis Marion on Sept. 3. The Mustangs won the game by a score of 62-8, and Kendrick accounted for over 200 yards and four touchdowns on offense. (KRISTIN WILSON/ SPECIAL)

Eli Kendrick is this week’s athlete of the week. The quarterback for Isabella High School put on a dominant performance for the Mustangs in their first win of the season, a 62-8 thumping over Francis Marion High School.

Kendrick was excellent passing the ball, completing 10 of 16 passes for 191 yards and three touchdowns. He was also very efficient running the ball, picking up 40 yards off four rushes for an average of 10 yards per rush. The quarterback also added another touchdown on the ground.

Jakavion Jackson had a superb game for the Red Devils in their 69-0 win over Barbour County High School on Sept. 3.

Jackson made the most noise in the first quarter, as many of the starters left the game after Maplesville jumped out to a 55-0 lead in the first 12 minutes.

In those 12 minutes though, Jackson ran once for 43 yards, scoring a touchdown on the rush. He also caught two passes for 25 yards, and both receptions were for touchdowns.

In one quarter, Jackson touched the ball three times, picking up 68 yards and scoring on all three.