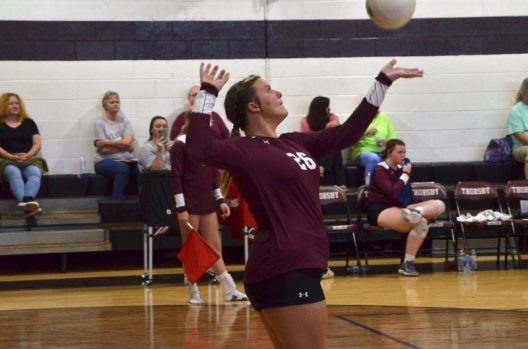 Thorsby’s Emily Parker gets ready to serve the ball during the team’s second set against Maplesville. (ZACHARY SEIFTER/ ADVERTISER) 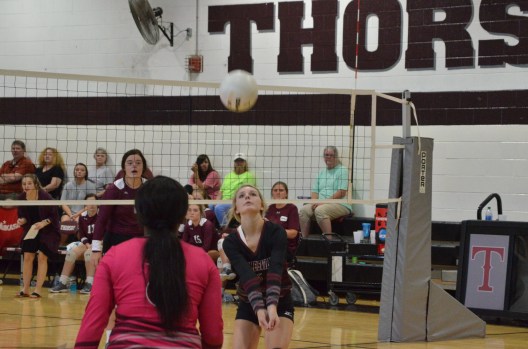 Karlee Cummings attempts to save a play in Maplesville’s loss to Thorsby. (ZACHARY SEIFTER/ ADVERTISER) 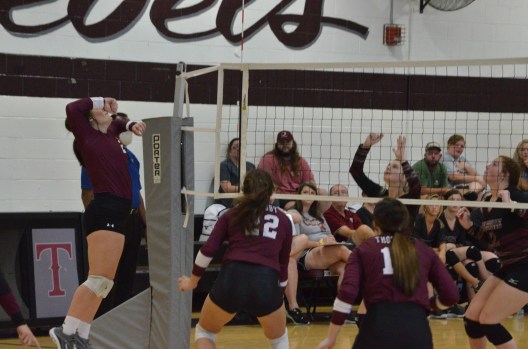 Autumn Edwards jumps to spike the ball in the Thorsby’s win over Maplesville. (ZACHARY SEIFTER/ ADVERTISER) 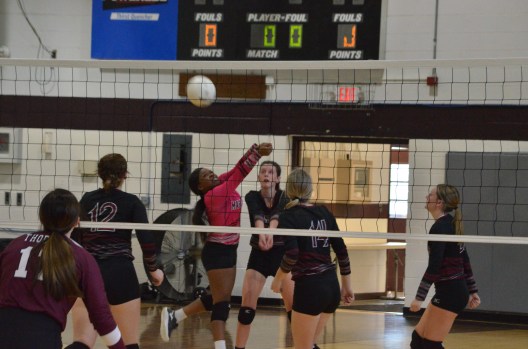 Maplesville’s Charity Nix hits the ball over the net for the Red Devils. (ZACHARY SEIFTER/ ADVERTISER)

Following a rivalry loss against Jemison earlier this week, the Rebels showed a ton of mental toughness, bouncing back for a big win at home.

“Tonight was a lot better,” Thorsby head coach Hollie Brown said. “We tried a different rotation, we’re trying to figure out who works well next to each other. I think we finally figured out where we need to be, what we need to do. We played together as a team, everybody had good attitudes, everybody was encouraging. I think that’s what made the difference.”

Thorsby took control of the match early on, dominating the first set, ultimately winning it by a score of 25-17.

However, the Red Devils looked determined to even things up early on the second set, storming out to a 6-0 lead. It was not enough to keep Thorsby down as excellent offensive efforts from Emily Parker and Autumn Edwards allowed Thorsby to tie things up at 13 apiece halfway through the second set.

The two teams went back and forth for a while more, with Maplesville even reclaiming a small 17-15 lead. However, the Rebels once again took control, putting up 10 straight points on the board to take the second set 25-17.

In the third set, the two teams went back-and-forth on the scoreboard at first. The set was tied 3-3 before the Rebels once again took control. They claimed four straight points to build a 7-3 lead and never looked back.

Thorsby held onto the lead the rest of the way, fighting off comeback attempts by Maplesville to claim the third set 25-16, and winning the match.

“Volleyball is a game of errors,” Brown said. “We just don’t want to be the ones making the errors. If we take care of our side and let them make the errors, then we’re going to be fine … Tonight, we kept the ball on our side, we took care of our side, and Maplesville was the one with the majority of the errors.”

For Thorsby, Parker and Edwards led the way with a combined 17 kills. They also had a combined six digs.

For Maplesville, Lexi Smith led the way on offense, picking up six kills and an ace.