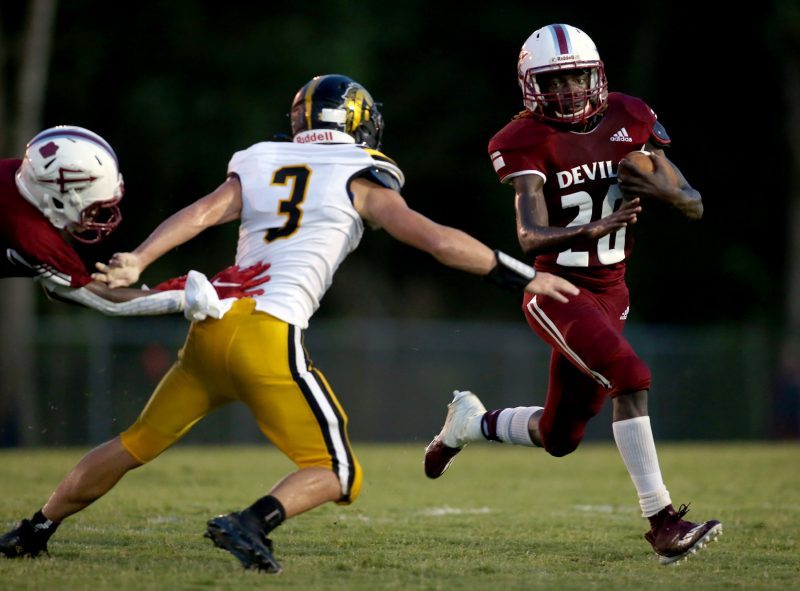 Following an exciting rivalry week, two Chilton County teams go into the bye week. However, five other local teams go into another round of exciting games in week three, with regional play beginning for most.

Maplesville will be the first team in the county to host its homecoming game on Sept. 3. They will host the Barbour County Jaguars, who will be looking to get their first win of the season over the Red Devils.

Maplesville is coming off a huge rivalry win over Isabella. The Red Devils won the game off a late touchdown in the fourth quarter, squeaking out a 28-21 victory. They will look to keep the momentum going in their first regional game of the season.

The Mustangs return home this week to face off against their first regional foe of the season in Francis Marion High School. The Rams are coming off a 28-26 loss to R.C. Hatch High School to begin the season.

Isabella is coming off a tough road loss to Maplesville High School. The Mustangs hung tight with the Red Devils, but ultimately could not pull it out as Maplesville won the game 28-21 with a late touchdown run.

Isabella will look to get its first win of the season, and hope to get the bad taste of a rivalry loss out of its mouth in week 3.

This game with be the season opener for the Eagles, who failed to win a game a season ago, although most were lost by forfeit due to COVID-19.

The Red Devils, after flying high with a win in week one over Central Coosa, suffered a setback in week two with a 54-0 loss to Thorsby High School.

However, Verbena will try to add to the win column this week, and start the season 2-1 for the first time since 2016.

Billingsley High School will stay at home for a second straight week as it takes on Loachapoka High School in its first regional game.

The Bears lost their home opener to Vincent High School in week two by a score of 40-6 after winning at Prattville Christian Academy in week one.

Now, they have a chance to get to get off to a good start in regional play against a team that bested them a year ago by a score of 24-16.