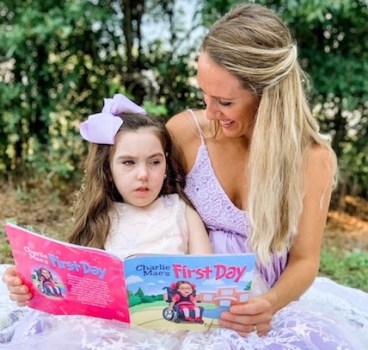 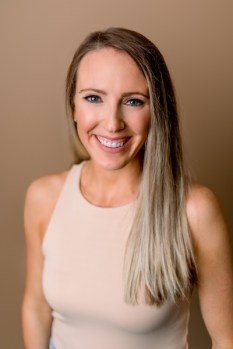 What started as a way to help her daughter has become an opportunity to help other families of children with special needs for Hannah Wilson.

Wilson, who lives in the Chilton County portion of Plantersville, wrote the book “Charlie Mae’s First Day” from her daughter’s perspective about the first day of school explaining “how she is different, but also ways she is the same as them, too.”

The book is available for preorder through Amazon and Barnes&Nobles websites and will officially release on Sept. 29.

Wilson said she was excited about the book becoming available.

The idea for the book began in the summer of 2020.

“I had no plans of writing a book, but it just came to me like these little rhymes about Charlie, and how neat it would be to have a little book for her first day of school, or if she was making friends somewhere,” Wilson said. “Just a little way to introduce her to new people because she can’t talk.”

In addition to being nonverbal, Charlie uses a wheelchair and a feeding tube. She also has seizures frequently.

Writing the book took about a month.

“Little things just came to me and then I added a little on it here and there,” Wilson said.

In the book, Charlie Mae “knows she is going to be different from her classmates, and she hopes that they will see through that and see how she is the same as them too … she’s a kid just like them,” Wilson said

However, as she talked to family about the idea, the project grew into creating a book that could be a resource for other families.

Turning her project into a book that others could access and enjoy began in January.

“It has turned out really cute,” Wilson said. “The illustrator I found is also a special needs mom, I thought that was really cool.”

Initial feedback has also been positive. Wilson sent a copy to “families like ours,” doctors and  special education personnel.

“My dream for it is for it to make its way to all the families like ours, I feel like it would just mean a lot to them,” Wilson said.

She said those who have read it have had a good emotional response to it and think it would be helpful.

Some of those who have read the book have provided endorsement statements or reviews for the book’s website.

“They just seem really excited about it, and that makes me happy,” Wilson said.

She said there are few times when families see someone like their child in books or advertising.

Finding things that do include children with special needs, such as epilepsy like Charlie “has always meant the world to me,” Wilson said.

“I feel like it would give them some comfort that they are seen,” Wilson said. “… and they can use it as a tool just like we are going to when Charlie starts school.”

She hopes it also “encourages kindness and acceptance” for classmates of students who have special needs.

More information and coloring sheets to accompany the book are available at charliemaesfirstday.com.