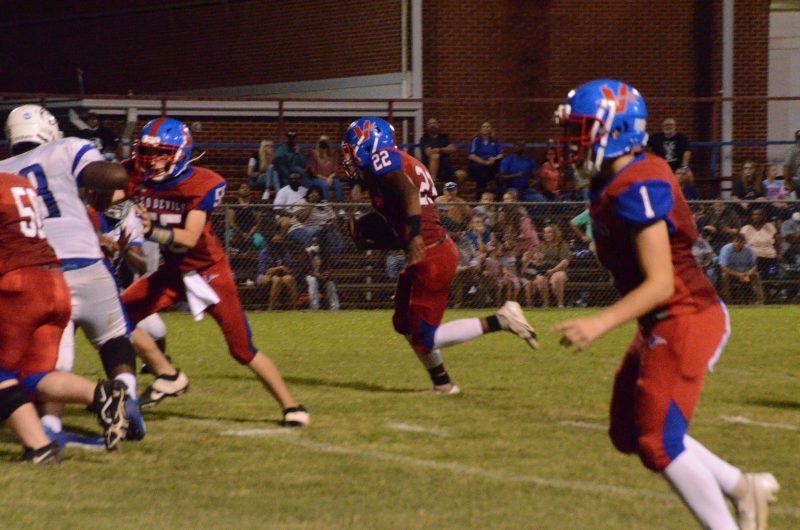 Verbena’s DJ Jackson is this week’s athlete of the week. This is following a dominant performance against Central Coosa in which Jackson rushed for over 150 yards and scored three all-purpose touchdowns.

This week’s athlete of the week is Verbena High School running back DJ Jackson.

The sophomore running back had a dominant performance in the team’s season opening win over Central Coosa. Jackson rushed for over 150 yards and scored two rushing touchdowns. He also added another touchdown on a punt return.

His performance went a long way in helping Allen Brothers get his first win as Verbena’s head coach.

Smith had an excellent performance himself in Thorsby’s win over Jemison High School in week one. The senior running back rushed for nearly 100 yards and three touchdowns in the team’s 32-0 victory.

The three scores matched the amount Jackson got in week one, and both will look to have another big game in week two as the two will face off against one another in Thorsby.