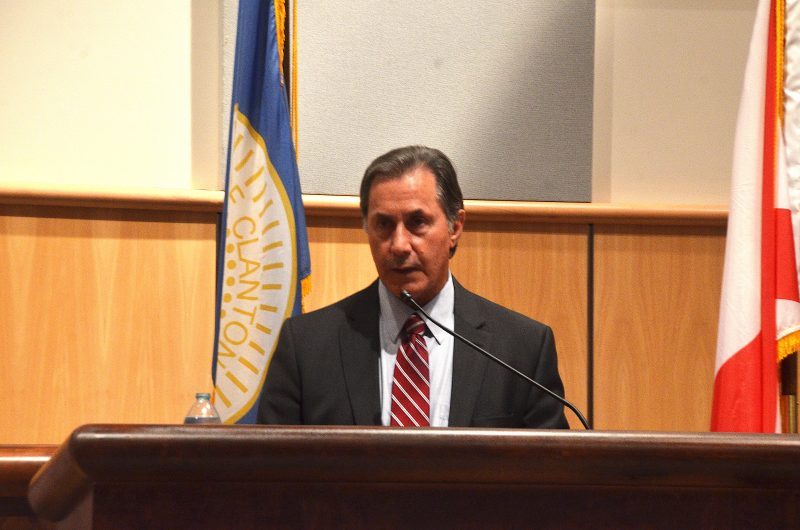 Palmer, a member of Congress since 2015, fielded questions concerning a variety of issues such as natural resources and the current national debt.

Palmer began his time behind the microphone talking about the current situation in Afghanistan, a situation that is very troubling to him.

Palmer then went on to talk about other issues, such as a need for the country to use its own natural resources for purposes of manufacturing. He also discussed the country of China, and the role it plays as a world superpower.

He discussed the country’s economy and the current national debt, painting a very bleak picture.

“Right now, today, our debt is two percent larger than our entire economy,” Palmer said. “… By the end of this year, if we stay on the track we’re on, our debt will be 7-10% higher and bigger than the entire economy.”

Palmer said that a way to help the current debt is to eliminate improper payments as well as collect all the money that the country is supposed to collect. He talked about a tax gap of $450 billion, and said that the country currently only collects about $50 billion of that money.

Towards the end, even though most of what he discussed was troubling situations that the country currently found itself in, he shared an optimism for what is to come in the future.

“I believe the American people have the resilience to recover from what we’re going through,” Palmer said. “I believe the whole world is changing. The key is don’t miss it.”