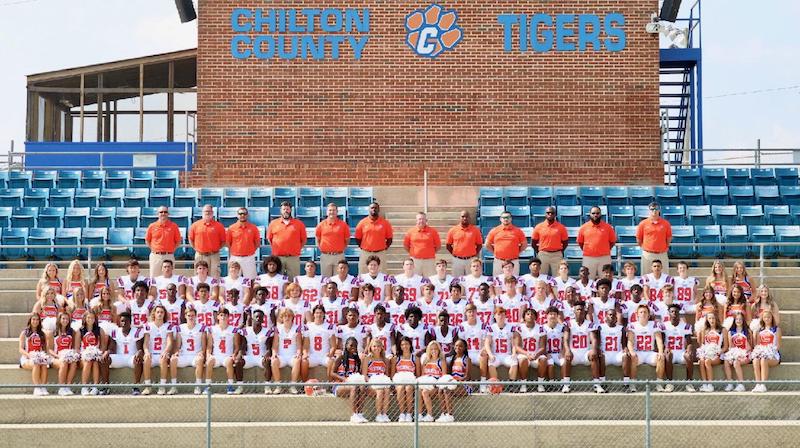 Chilton County High School will have five new coaches on the 2021 football team. This comes after the team finished 1-9 in 2020. (TAL MORRISON/ CONTRIBUTED)

Going into the 2021 season, much has changed about Chilton County High School’s football team. The Tigers needed change, as sticking with the status quo following a 1-9 record in 2020 would have been unthinkable.

The CCHS sideline will look different. There are new faces on the roster, as there is every year for any high school team. However, there will also be plenty of new faces on the coaching staff, as CCHS hired five new assistant coaches to help head coach Tal Morrison right the ship in 2021.

Among the biggest names hired by the Tigers was new QB coach/offensive coordinator Rishard Davis. Davis, a former player at Maplesville High School, moved back to Chilton County this past spring after serving as a head coach at Santa Cruz Valley High School

in Arizona for seven years. He finished his time there with an overall record of 58-21, also appearing in two state championship games, winning one of them.

Another coach added on the offensive side of the ball for the Tigers was offensive line coach Brenan Meadows.

“He is a well-respected offensive line coach within the state,” Morrison said.

Meadows last coached at McAdory High School and will be tasked with improving an offensive line that had its fair share of struggles a year ago, a reason why the CCHS offense averaged just over 14 points per game in 2020.

On the defensive side of the ball, three new assistants were added by the Tigers. Former Jemison High School coaches Jarrod Jeffreys and Undra Rush joined the CCHS staff. Jeffreys will coach the defensive line, while Rush will coach the cornerbacks. Former CCHS player and Wetumpka High School coach Taylor Hughes will take on the responsibility of coaching the safeties.

These five assistants will play a big role in trying to turn around the Tigers’ fortunes in 2021. A big reason for bringing these particular coaches in is that they all have one thing in common.

“All these men … come from successful programs, having success of their own either while playing or coaching,” Morrison said. “They bring knowledge of what it takes to win, what it takes to be successful. They’ve been doing a great job of mentoring our young men within our football program.”

For Morrison and the rest of the CCHS team, the hope is that knowledge of winning rubs off on everyone in the 2021 season.

Should it, there will be a significant increase in the win column for the Tigers.