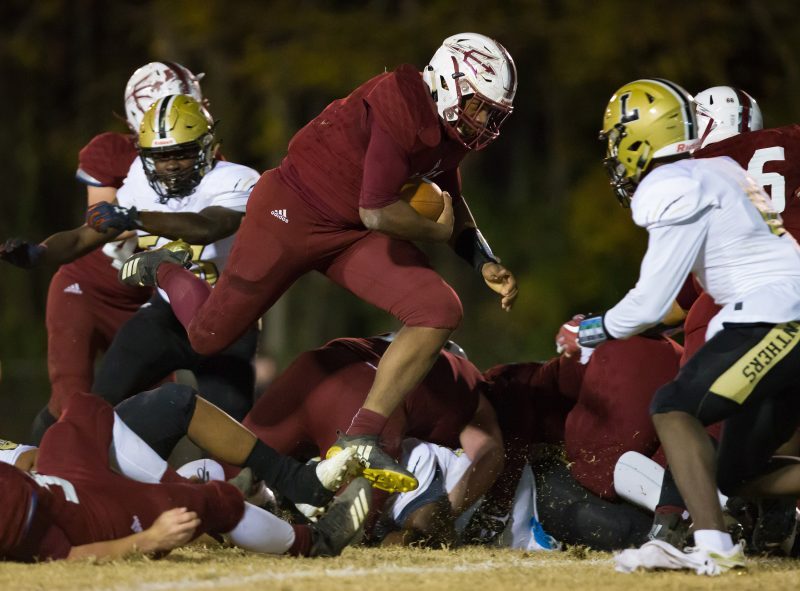 Maplesville High School comes into the 2021 season ranked number five among all 1A schools in the state of Alabama. (FILE)

The Red Devils currently sit at number five among all 1A schools in the state.

This comes after a 2020 season in which Maplesville won 10 games. They fell short in the playoffs, losing a nail-biter to Brantley High School.

However, this year the expectations remain for Maplesville to compete for a state championship.

“We talked about this season, we’re using the mantra ‘What is going to be your plus-one?’” Maplesville head coach Brad Abbott said. “… I can ask your team goals, and they’re going to be the same as any Maplesville team that’s come through here. Go 10-0, win a region championship and win a state championship. That’s awesome, but guess what? All three of those things, they’ve been done here many times at Maplesville. So, you’re not trying to do something for the first time, you’re just trying to add your plus-one to the records that Maplesville football holds.”

Being in the top five is obviously something to be proud about, but Abbott and the rest of the team understand that preseason rankings make no difference in how a team does at the end of the season.

Winning games gets teams into the playoffs and into championship games, not rankings.

That attitude and focus on just winning games is the reason why Maplesville continues to find itself at the top. Even after an offseason of losing its starting quarterback, along with other seniors, the expectations are still high.

Should Maplesville meet those expectations, they will once again find themselves in the top five going into 2022.