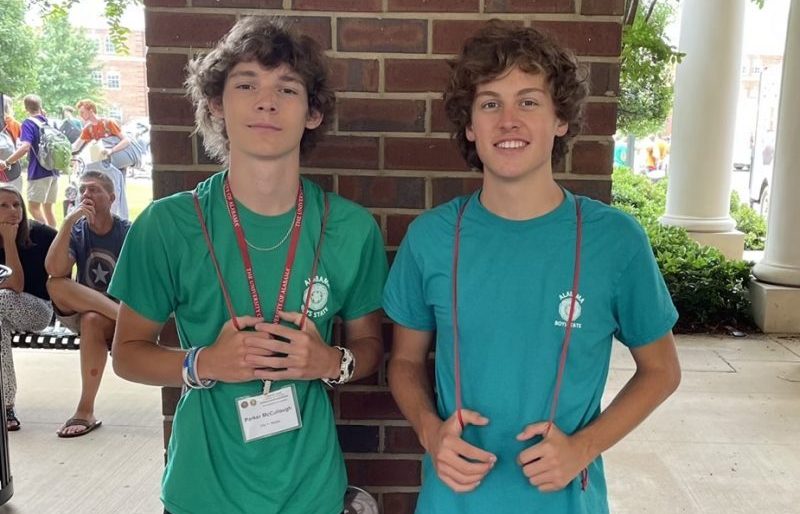 American Legion Alabama Boys State is “a leadership program for young men who have completed their junior year of high school and are leaders in their schools and communities,” according to a press release.

The program lasts for a week, and it allows participants to learn about the different levels of government by having each participant be elected into different governmental positions. Once elected, each student is faced with real-life scenarios that a person in their position would face on a daily basis.

McCullough and Moore were just two of a small group of students to be asked to participate in Boys State. They were joined by the group of young men from 2020 that were chosen for the program but could not attend due to COVID-19.